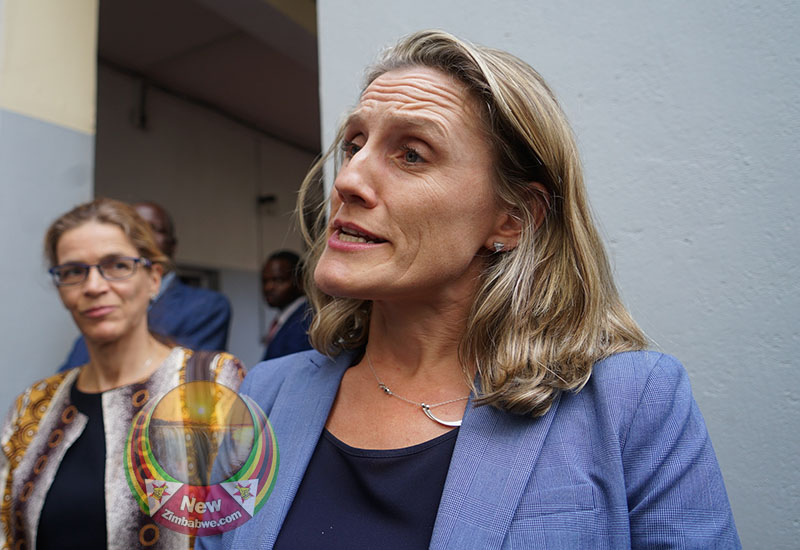 BRITISH Ambassador to Zimbabwe, Melanie Robinson Monday said Zimbabwe was still far from re-joining the Commonwealth as it has not yet completed political and economic reforms prescribed as a condition for readmission.

She was addressing local media after paying a courtesy call on Vice President Constantino Chiwenga at Munhumutapa Building in Harare Monday.

“We discussed the Commonwealth and from the beginning, the British have been very clear we would like to see the Zimbabwe back in the Commonwealth and at the point where economic and political reform programme has been completed and we have seen good progress on that then that will be the time to look at membership,” she said.

“We are currently somewhere away from that, but we look forward into the future to seeing these reforms underway and for us to be able to discuss the membership.”

Then President Robert Mugabe pulled Zimbabwe out of the Commonwealth 2003 after a meeting of the organisation’s heads of government extended the country’s suspension from its ranks.

President Emmerson Mnangagwa’s administration has come under fire for failure to break from the previous government’s ruinous policies blamed for continued economic slide and using iron-fisted policies to enforce compliance among disgruntled citizens.

The country battles run-away inflation propelled by surging prices of goods and services as well as chronic cash and fuel shortages.

Government has also been blamed for visiting brutalities on citizens protesting economic hardship in what has elicited state killings on protesters.

Human rights defenders continue to be victimised through arrests and abductions while government has also responded to a strike by doctors through the sacking them.

Observers feel this is unlike a state that is keen on breaking from its brutal past under Mugabe.