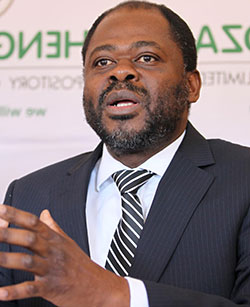 THE Zimbabwe Stock Exchange (ZSE) is cutting jobs and will soon announce a strategy to generate additional income after revenue fell by half in 2015 and has shown little sign of recovery in 2016, its CEO said.
Zimbabwe has suffered deflation for the past 18 months because of a fall in consumer demand and the economy is half the size it was in 2000.
Cash shortages in a country that primarily uses the US dollar have forced banks to limit withdrawals and made it difficult for companies to pay salaries.
“The continuing low trades and lack of approval of new products has necessitated the need to review our cost structure,” said the stock exchange’s CEO, Albany Chirume. “Human capital is one of the major costs.”
The exchange, which has operated in the capital of Harare since 1951, has 63 listed companies with a total market value of $2.87bn and had turnover of just $209,932 on June 3, data on its website showed.
The biggest company on the exchange is Delta, part owned by SABMiller, with a market value of $871m.
While the total market value of companies traded on it is smaller than that of exchanges in SA, Nigeria and Kenya and several others in sub-Saharan Africa, the Zimbabwean bourse is larger than those in Ghana and Zambia.
Chirume declined to give the number of job cuts.
The exchange wanted to open markets for debt and for small and medium-sized companies, Chirume said.
“Cost reduction as a strategy has its limitations,” Chirume said. “The strategies for both cost reduction and income generation will be announced shortly.”Advertisement