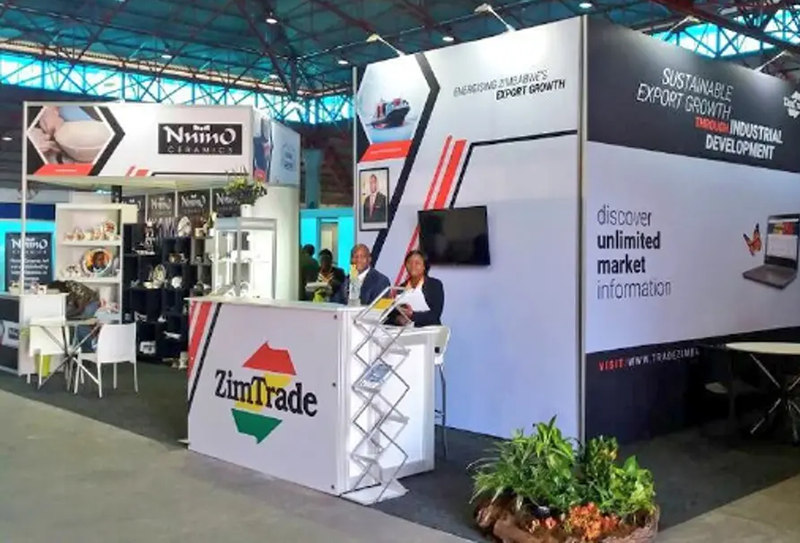 Zimbabwe has been on a drive to ensure that extractors of raw materials beneficiate them before exporting so that the country earns more foreign currency.
Recently, the country banned the exportation of raw lithium ore, pushing miners to install processing plants.

Responding to questions from Xinhua, ZimTrade operations director Similo Nkala said apart from other export destinations, ZimTrade would this year conduct a market scanning in Saudi Arabia, in an effort to explore more export opportunities for local products in the Middle East.

The country has already made inroads in Asia where the United Arab Emirates (UAE) and China are among its top three trading partners.
Nkala said inclusivity was key to achieving sustainable export growth and capacity development initiatives that empowered businesses would guarantee steady foreign currency income for the country.

“ZimTrade, through the Ministry of Foreign Affairs and International Trade, will continue to propel programs that integrate previously marginalized groups in export business,” he said. “A focus on the development of provincial clusters has not only ensured that we leverage Zimbabwe’s natural endowments for export, but also allowed for smallholder farmers across the country to contribute to national exports.”

He said a good example of the initiative was a ZimTrade pilot project in southeastern Zimbabwe that saw more than 40 smallholder farmers attaining organic certification to export pineapples to Europe.

“This project is expected to continue this year with 200 smallholder farmers added to the program,” Nkala said. “Such projects — like the Ndiyadzo Pineapple Project — are meant to inculcate international certification compliance among the smallholder farmers so that they also tap into the high-end export market.”

Nkala said this boost in exports could be attributed to the various efforts made by the government, along with related agencies like ZimTrade, which facilitated export promotional activities such as outward missions and trade fair participation.

“These activities have raised the profile of Zimbabwean products and generated interest from markets around the world,” Nkala said. “With the continued demand for organic and fresh produce in Europe and the Middle East, there is a great potential for Zimbabwe to expand their exports, with a high likelihood of surpassing the 7 billion U.S. dollar mark in 2023.”

More initiatives were being channeled toward increasing exports in West Africa, he said.

“For example, Nigeria is one of the most populous countries in Africa offering massive opportunities for local companies to increase their products in the market,” he said. “As such, ZimTrade will be conducting a market survey to identify export opportunities and to better understand the market.”

Nkala believed that outward missions had played a significant role in accelerating trade, and there were plans to integrate local companies with destination buyers and foster business relationships that would lead to increased exports.

“After the market survey done in Ghana last year, ZimTrade will be holding an outward mission, taking businesses to the market for assessment and with the hope of creating trade integrations,” he said.

“Other outward and inward mission destinations in the continent include Kenya, Namibia, the Democratic Republic of the Congo, Zambia and Mozambique.”