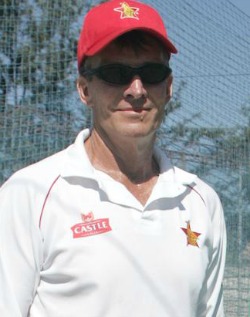 ZIMBABWE’S shock win in the first one-day international (ODI) was their first against Pakistan in 15 years, but now the team have a chance to go one better – a win in one of the remaining two matches will give the hosts their first bilateral series win against a top side since beating New Zealand 2-1, 12 years ago.
The win on Tuesday gave Zimbabwe a chance to celebrate amid the gloom; a series win would inject some much-needed faith.
Coach Andy Waller said the success was the fruit of two months of hard work, during which the team has attempted to fine-tune its game plan of the top order making sure they lay the platform for the stroke-makers in the middle order.
The manner in which the top three handled the chase in the first part exemplified the team’s methods and Zimbabwe will pin their hopes on the three to do the same at least one more time.
The batting plan has seemed to work in the last few matches and the bowling has been steady for the conditions, but Zimbabwe need to focus some attention on the fielding.
Once one of the best fielding sides, Zimbabwe’s fielding has withered away. Had they taken all the chances that came their way on Tuesday, they could have restricted Pakistan to an even lower score.
Waller said that one of his goals is to take Zimbabwe’s fielding to the level it used to be in the ‘90s and the team is working hard towards it, but poor performances during the matches pull the team back.
The fielding didn’t hurt Zimbabwe on Tuesday as Pakistan made a few errors of their own. Apart from losing the tempo during their batting and the sloppy fielding towards the end of the match, Pakistan misread the pitch and batted first on a surface that Masakadza later said “gets better in the afternoon”.
They are armed with the knowledge now and Zimbabwe expect Pakistan to come back harder at them. But Pakistan can be the most beatable of the topsides and unbeatable on the same day. They are the Harvey Dent of cricket which side turns up on a day seems to be a result of an imaginary coin toss.
In the spotlight: Zimbabwe’s openers, Hamilton Masakadza and Vusi Sibanda, have been batting together since their school days and that familiarity with each other helped them focus during their century partnership on Tuesday.Advertisement

Masakadza later said that they talked about how their stand was going to be critical for the team’s chances in the chase. The two negated Pakistan’s bowlers with ease and that opening stand will again be crucial to Zimbabwe’s chances.
It wasn’t long ago that Shahid Afridi, on his comeback trail, ripped through West Indies with bat and ball. Since that explosive performance, Afridi has gone into a shell.
He hardly caused a flutter with the bat in the first ODI when the team needed some late push, while his bowling lacked zip and he was taken for easy runs. Pakistan would hope the all-rounder doesn’t wait to fire till his place in the side is in doubt again.
Probable squads: