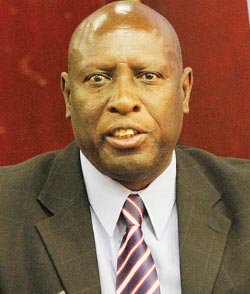 THE government is targeting foreign direct investment (FDI) inflows worth US$2 billion per year after recording US$430 million value of investments in 2013.
According to a United Nations World Investment Report released on Tuesday, the contribution of FDIs into the economy rose by five percent to US$430 million in 2013 from US$405 million in 2012.
In a speech read on his behalf at the launch of the World Investment Report 2014, deputy minister of Finance Samuel Undenge, acknowledged that the target annual growth rate of 7,3 percent under ZimAsset was an uphill task using domestic resources.
“Given the low savings rate and the liquidity challenges in the economy, domestic savings will not finance ZimAsset to the tune of US$27 billion,” he said.
“High economic growth rates of six percent requires saving rates of between 18 and 20 percent. These levels of savings are out of reach for Zimbabwe whose savings averaged negative 6 percent.”
Undenge said government had put in place reforms which would improve the country’s investment climate.
“We are crafting an investment policy which should give policy direction on investing in Zimbabwe. We are developing a Joint Venture Legislative Framework.”
Undenge said prioritizing rehabilitation and development of infrastructure was crucial in attracting investment, driving the economy and enhancing efficiency of the productive sectors.
Zimbabwe Investment Authority (ZIA) head of operations, Sichoni Takoleza, said government was focusing on restoring business confidence to achieve the targeted US$2 billion yearly value of FDIs.
At 19.3 percent of the gross fixed capital formation, Zimbabwe’s 2013 FDI inflows were the lowest in the SADC region.
Takoleza however, said there was a difference between how ZIA and UNCTAD calculated the investment figures.
“The way they calculate their figures may be different from the way we do. We measure approvals. UNCTAD measures the actual investment that has gone into the ground,” he said.
“When an investor applies to set up a business they go through an investment cycle so the approval does not necessarily mean that the funds have been released.
“You may find that the projects that maybe implemented in a particular year could have been approved five years before that.”Advertisement