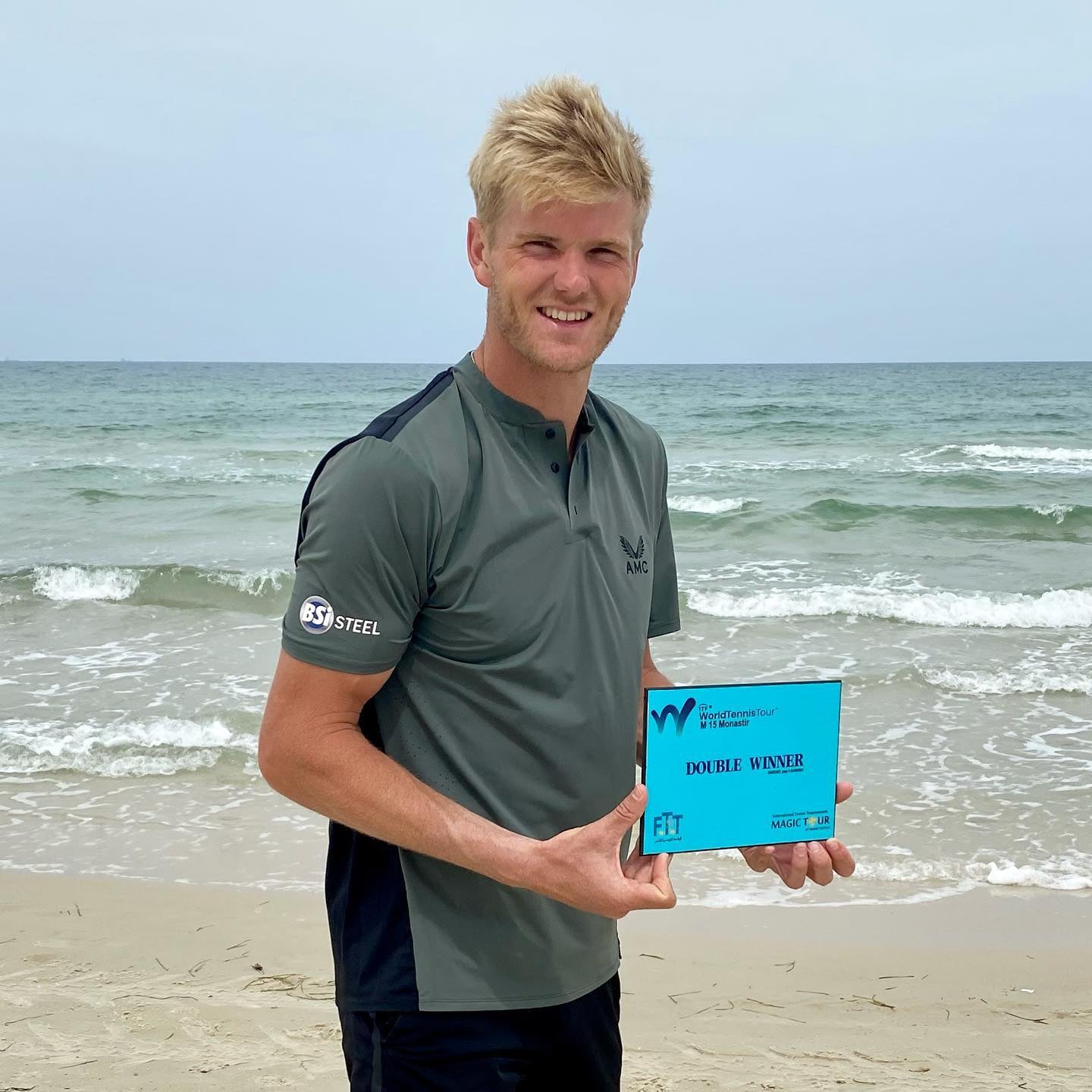 ZIMBABWE tennis star Benjamin Lock continues to lift the country’s flag high on the professional tennis circuit after winning his first title of the year on the International Tennis Federation (ITF) World Tour in Tunisia at the weekend.

The 28-year-old player who is a key member of Zimbabwe’s Davis Cup team, had a successful week in Monastir after teaming up with home favourite Aziz Dougaz to scoop the doubles title in the Magic Hotel Tours tournament, held at Hotel Skanes Family in Monastir.

It was Lock’s 34th career title as he continues to make his mark on the lower rungs of professional tennis around the world.

The top seeded pair needed a third set tie-breaker to ward off a spirited challenge from Frenchman Franco Agamenone and his Polish partner Piotr Matuszewski to take the match 7 – 6 3 – 6 11 – 9.

Agamenone and Matuszewski were the second seeds in the competition.

After returning to competitive tennis last year following the Covid-19 lockdowns and travel restrictions around the world, it took a while for Lock to win first professional title of the season after he competed in several events this year including his first ATP Tour appearance at the Delray Beach Open in January.

Lock’s best performance before the triumph in Tunisia had been in Russia where he reached the doubles quarterfinals at the beginning of March playing alongside Indian Arjun Kadhe.

In the absence of young brother Courtney Lock who has just returned to the court after three hip surgeries in the last seven months, Benjamin has had to change partners on the professional circuit.

The two have achieved a lot of success in the past playing together in doubles.

It was also double success for Dougaz who also claimed the singles title on Sunday after beating Agamenone in straight sets.