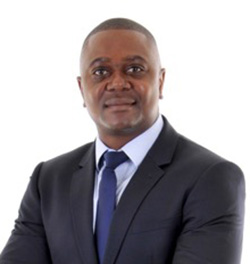 ECONOMIC assertions by the government and opposition alike have left observers wondering if Zimbabweans have become so gullible to incontestably believe promises by their preferred political parties. Zanu PF intends to create 300,000 jobs from the dualisation of a 900-kilometre road! The Movement for Democratic Change (MDC-T) plans to create a US$100 billion economy in five years! Really?
Truly, democratic change requires leaders to be accountable on any matter to discourage complacency. Equally, ordinary Zimbabweans ought to learn from history that patriotism and loyalty are better exercised towards national values, not necessarily political party interests. Consequences of corruption and poor policy execution by government are apparent and, frankly, warrant no further analysis. That said, the 2009-2012 Government of National Unity (GNU) exposed that the opposition is not immune to the trappings of power either.
Particularly concerning is the MDC-T’s lack of robust strategic planning ability. With hindsight, for example, the party had a golden opportunity and enough leverage to prioritise electoral reforms in 2009. They failed dismally. The noble long-term legacy of electoral reforms was quickly swallowed by internal bickering for short-term ambitions like ministerial positions. Zanu PF cunningly pounced on that weakness. Isn’t it appalling that MDC-T still has the temerity to complain about the flawed electoral process after four years in government?

That lack of strategic thinking could spell disaster for economic prospects. Without benefit of hindsight, how will the economy change under the MDC-T’s sole stewardship? Shadow finance minister, Tapiwa Mashakada, is on record planning a $100 billion economy in five years. To put this into perspective, Zimbabwe had a US$14 billion economy in 2016, the 22nd largest of 52 African countries.
A US$100 billion economy is the size of Africa’s fifth biggest economy, Morocco. To match that size in five years requires an astronomical growth rate of 48 percent per year. Even a 10-year period would still demand an enormous 22 percent annual growth rate. Considering Africa’s fastest growing economy, Ethiopia, is growing at just under 10 percent per annum, such a growth trajectory is unprecedented and improbable.Advertisement

Looking from another lens, however, back in the 1990s, Zimbabwe was roughly the 15th largest African economy. Had Zimbabwe kept the same pace of growth seen in the 1990s, the economy could have arguably grown towards US$30 billion by 2016. In fact, the 15th largest economy in 2016, Libya, was just over US$30 billion, which tallies with that projected estimate.
This suggests that Zimbabwe’s economy could be roughly half its possible size. Therefore, because of unused capacity, initial recovery could be fast, mainly through recapitalising and resuscitating idle production/services capacity. This phenomenon was evident during the GNU era (2009 to 2013) when stability led to an impressive nine percent average annual growth rate (IMF GDP constant prices, April 2017), but the economy stagnated post-2014. But does this mean, post political stability, the economy can grow to US$100 billion in five years?
No! This is far-fetched.
Zanu PF’s growth plans are pinned on capital from the East. Likewise, MDC-T economic plans also rely significantly on foreign capital.
Here is why. Let’s analyse logically: There are four levers to grow the economy; domestic consumption (households spending and business profits), private investments (domestic and foreign), government expenditure and net exports.
From the above, clearly, growth will be driven by government spending and/or private investments since domestic consumption will not materially rise given likely low household disposable incomes. Also, net exports are unlikely to grow either as imports will remain elevated. Trouble for Zimbabwe, however, is financing this strategy.
First, let’s consider government spending as a driver of economic growth. Using this route, government would be forced to borrow externally. Why? With a low tax base (revenues) and urgent need to boost spending on schools, hospitals, defence, law enforcement, compensation of evicted farmers and other services (public spending), MDC-T finances are unlikely to be in surplus.
There are known unknowns, however, regarding revenue leakages through corruption and how much current public spending is actually necessary/efficient. Even so, it is safe to assume that, left to our own devices, there would not be any meaningful surplus.

Therefore, the country will be forced to resort to borrowing to fund growth. The only viable option would be international lenders (International Monetary Fund (IMF)/World Bank), but this will be conditional to a prescribed economic plan. Private lenders, foreign and domestic, will exercise caution on issuing new debt, unless there is sufficient collateral. Or perhaps, the MDC-T may appeal for aid, but this too needs scrutiny because there is no free lunch!
The second option for growth using private investment leaves just Foreign Direct Investment (FDI). Domestic private funding will not fuel much growth under current circumstances. Further, research shows Diaspora remittances are a survival mechanism — only Israel and India have thus far materially converted such funds into an alternative source of investment.
It follows, therefore, that MDC-T’s economic strategy hinges significantly on access to foreign capital. They only have western goodwill, but no control over funding. In fact, such capital will still seek the highest returns in global markets. Therefore, until competitiveness is addressed, no significant flows will materialise. Given that the country’s competitiveness is constrained by underperforming national institutions and inadequate infrastructure, which require time to remedy, that raises the question, what concessions are MDC-T promising foreign capital providers to suddenly make Zimbabwe attractive?
Perhaps initially targeting a US$30 billion economy sounds sensible. But that too is a mammoth task given human capital shortages due to migration. Even during the “breadbasket” years, Zimbabwe was not Top 10 in Africa. To then think Zimbabwe can miraculously leap from the abyss to the top five within five years is deliberately misleading or gross incompetence at worst.

The verdict
It is incomprehensible that any nation can extricate itself from poverty simply through borrowing and FDI. Actually, several countries inadvertently end up in a poverty debt spiral after excessive borrowing only to fail to service repayments. Also, the IMF will advocate free market conditions for FDI as decision making countries are linked to multinationals. There is nothing sinister; any country capitalises on its strengths! As such, FDI will certainly create jobs (mainly low skilled), but foreigners will benefit more under free market conditions.
Granted, the country’s bargaining ability is currently severely compromised. But perhaps Zimbabweans should “live within their means” first. Sparingly using IMF funds only for short-term budgetary support, while developing creative home-grown alternative financing arrangements, sounds more pragmatic and certainly supports sustainable long-term growth.
Real expansion to a US$100 billion economy will involve expanding the supply-side. That is not easy. It will be partly achieved by boosting productivity, but essentially through creativity and innovation.
A shrewd government crafts successive five-year plans towards that goal. Initial stimulus could involve promoting home-grown enterprise to tailor existing technologies to domestic challenges. Crucially, human capital development must underpin any strategy to aid future innovation. That will be the engine for future economic expansion in the digital age.
Hopewell Mauwa is an economic analyst and global natural resources strategist based in London. He writes in his personal capacity and can be contacted onhopewell.mauwa@cantab.net