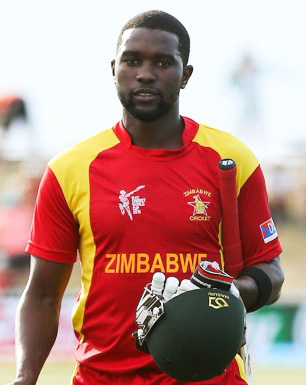 ZIMBABWE are pinning their hopes on their coach Dav Whatmore’s inside knowledge of Pakistan cricket from his time coaching them, when the teams meet for their World Cup Pool B clash in Brisbane on Sunday.
Captain Elton Chigumbura believes the 60-year-old Whatmore, who coached Sri Lanka to the 1996 world title and was at the helm for Pakistan for two years from 2012 before joining Zimbabwe ahead of the World Cup, knows where Pakistan are at their most vulnerable.
“He knows almost everyone on the team, so when it comes to strategies and stuff, it’s much better to have someone who has been working with Pakistan guys,” he said on Saturday.
“So we’ve got more information. We just have to go and execute our plans tomorrow. He’s brought a lot of positives into the team, and everyone is comfortable in the way he’s sharing his experience, it’s been good.”
Whatmore has so far overseen a win for Zimbabwe over the United Arab Emirates and two losses to South Africa and West Indies.