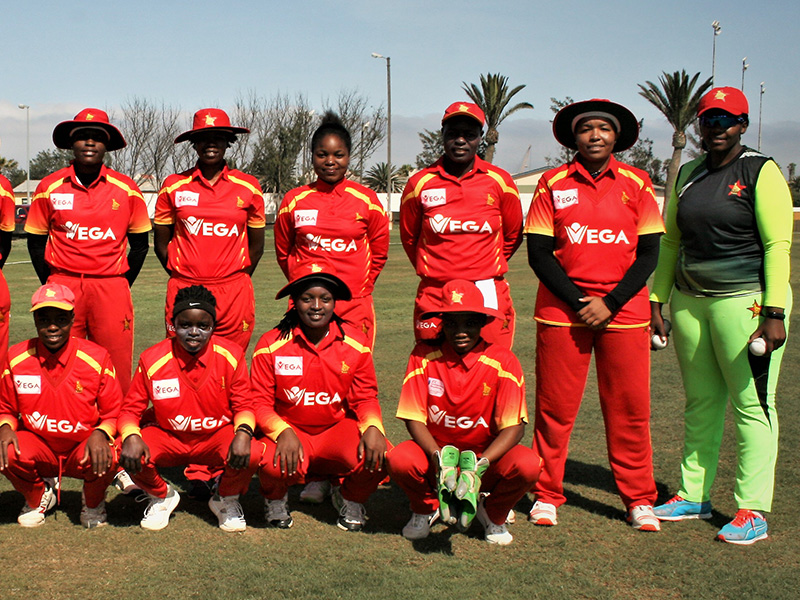 ZIMBABWE’S hopes of progressing to the final qualifier for the International Cricket Council (ICC) Women’s T20 World Cup received a boost after being awarded the rights to host the regional qualifiers to be held in May.

Winners of the Africa qualifier will proceed to take part in the global qualification tournament where they stand an opportunity to make it to next year’s ICC Women T20 World Cup to be held in Australia.

Although Zimbabwe Cricket is yet to officially report being awarded the hosting rights NewZimbabwe.com can confirm that the ICC recently confirmed Zimbabwe as the hosts of the qualifiers.

The tournament, which will feature nine teams namely Kenya, Mozambique, Namibia, Nigeria, Rwanda, Nigeria, Sierra Leone, Uganda and Zimbabwe, will be played from 3 to 13 May.

Namibia staged the last edition of ICC Women Twenty20 World Cup Africa Qualifier in 2017 with Zimbabwe missing out on the ticket to the global qualifier after suffering a three-wicket loss to Uganda in the final played at the Wanderers Cricket Ground in Windhoek.

Zimbabwe will however, be hoping to atone for the disappointment by winning the ICC Women Twenty20 World Cup Africa Qualifier on home soil.

The women’s side which is now being captained Mary-Anne Musonda is currently on a high after completing a 5-0 series whitewash against Namibia during the Namib Desert Women’s Twenty20 Challenge held in Walvis Bay.

Zimbabwe women’s coach Adam Chifo was delighted with the team’s success in Namibia but and believes there is still a lot of work to be done ahead of the regional qualifiers.

“I was very happy with the way the ladies went about their business on the field in Namibia,” Chifo told NewZimbabwe.com in an interview.

“We did well with both the ball and the bat playing according to our plans and as a result we dominated the series.”

“However, the road to the qualifiers has just begun, we will need to invest a lot into game time and fitness and in order to achieve that we have lined up a lot of games with local U16 boys every weekend together with a batting and bowling camp in February,” Chifo added.