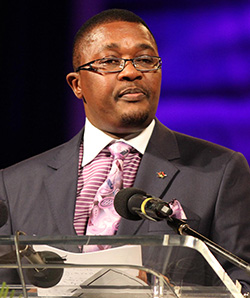 ZIMBABWE expects tourism arrivals to reach 2,5 million this year, rising to 3,2 million in 2015, by relaxing visa requirements for emerging economies and mounting a campaign to improve perceptions of the country as a security risk.
Tourism minister, Walter Mzembi said at the launch of a tourism policy that receipts could double to $1,8 billion by 2015.
“Policy reviews are key to attracting foreign arrivals … Policy documents are dreams and they remain dreams until we do something,” Mzembi said.
Vice-President Joyce Mujuru, who launched the policy, said government will step up efforts to attract more foreign arrivals.
Mzembi said government will also embark on an ‘aggressive marketing drive’ to attract foreign arrivals, particularly from Europe and the United States.
The country’s tourism sector hit the bottom in the decade to 2008 after President Robert Mugabe’s government fell out with western countries over economic policies and alleged rights violations, which resulted in travel warnings being issued against visiting Zimbabwe.
But thawing relations have seen the western countries, which supply the bulk of tourists to Zimbabwe, relaxing the travel warnings.Advertisement