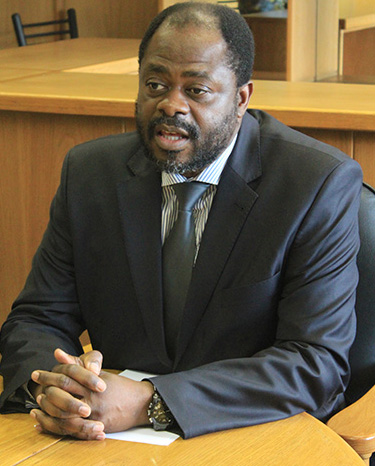 ZIMBABWE plans to start a bond market by the end of June as the country’s stock exchange nation’s bourse seeks to revive trading amid an economic slump.
“The Zimbabwe Stock Exchange has been working on the concept of introducing a regulated platform for debt instruments in the last 12 months,” Chief Executive Officer Alban Chirume said in an e-mailed response to questions last week.
A bond market “will diversify the avenues through which entities can raise capital, offer investors a wider range of investment choices for their portfolios and hopefully usher in new revenue inflows for the ZSE,” he said.
The ZSE Industrial Index dropped 16% this year, the most among 14 African stock markets monitored by Bloomberg after Nigeria. Daily average trading volumes on the Harare-based bourse have plunged more than 40% since 2011, according to data compiled by Bloomberg.
Zimbabwe’s economy is struggling to gain traction more than a year after President Robert Mugabe, 90, was re-elected to office, with factory closures, weak consumer spending and deflation taking hold.
Investment is also languishing, partially because of a law that compels 51% ownership by black Zimbabweans of companies.
Mugabe’s Zimbabwe African National Union-Patriotic Front has been wracked by disputes that have seen nine of ten provincial party leaders ousted in the past two months. All those removed from their positions are supporters of the nation’s vice president, Joice Mujuru.
Political turmoil
“The turmoil in the political scene does have a negative impact on the performance of the ZSE,” Chirume said. “Investors tend to trade cautiously or stay away in times of turmoil.”
The introduction of a central securities depository, which keeps a register of listed stocks, has also contributed to the drop in trading, with investors still adapting to the measures as well as the dematerialization of shares, he said.
The ZSE has been working on “finer technical details to enable the launch” of a bond market, which includes trading, rating agencies and a guarantee fund, Chirume said.
The bourse is in talks with the Ministry of Finance and Economic Development, which is supportive of the bourse’s efforts and is waiting for the development of a regulated market before issuing debt, he said.Advertisement