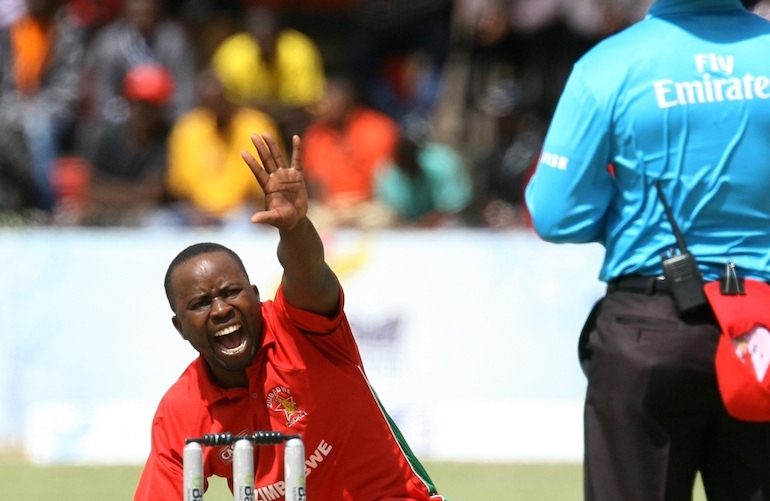 He is coaching the Under-19 side...Prosper Utseya
Spread This News

St John’s College student, Dion Myers will lead the Zimbabwe squad in the ICC Under-19 Cricket World Cup 2020 campaign after being named captain of the side at the 16-team tournament that will be held in South Africa from 17 January to 9 February.

Meyers will be deputised by allrounder Wesley Madhevere, who will be playing at his third ICC Under-19 Cricket World Cup event, having made his first appearance at the age of 15 at the 2016 edition in Bangladesh.

Apart from the experienced trio, another familiar face in the squad is Dane Schadendorf, who was among the non-travelling reserves the last time.

Brandon James, the son of former Zimbabwe international cricketer Wayne James, also made the squad which is expected to do well in South Africa.

Zimbabwe will face Bangladesh, Pakistan and Scotland in Group C of the ICC Under-19 Cricket World Cup 2020.

Utseya’s charges will open their campaign at the tournament against Bangladesh at the JB Marks Oval in Potchefstroom on 18 January.

They will then take on Pakistan and Scotland on 22 and 25 January respectively at the Witrand Oval, also in Potchefstroom.

The top two teams from each of the four groups at the tournament will advance to the Super League, while the remaining teams will feature in the Plate championship.