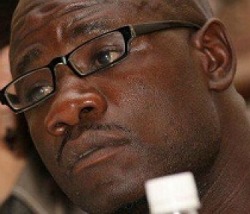 POEMS on human rights abuses, bad governance, elections, succession battles and other social vices that have been published in the Brave Voices Poetry Journal under the Zimbabwe We Want Poetry Campaign will be read at the International Human Rights Arts Festival set for New York City this November.
Mbizo Chirasha, an exiled Zimbabwean poet based in Germany who launched the 12 month long poetry campaign this September, said the reading of the poems was a big stride in popularizing and strengthening the Zimbabwe We Want Campaign, a platform for artists to speak on the numerous vices affecting the country.
“I  contacted  the  International  Human  Rights  Arts Festival for the purposes of solidarity and working  together; they  offered  to   do  a video talk recording for  me  as poet  in exile, to carry  a reading  of the  Brave Voices Poetry Journal contributors  during  the  Festival in  November  this  year,” Chirasha said.
Chirasha said more than 10 poems from consistent contributors who were committed to the cause of the campaign through their “word spears” would be read at the festival, which brings together more than 70 artists from across the globe.
He said so far the Zimbabwe  We Want campaign had posted more than 150 poems  through Canada’s Tuck Magazine (Brave  Voices  Poetry Journal) , The Poets Free Zimbabwe( MiomboPublishing  blog journal)  and the  Word Guerrillas  Protest Poetry Journal ( Zimbabwe Sphere).
“The  set  of  poets   published  in  each  journal includes  Solidarity voices  from  other countries  like  America  ,Kenya ,Japan ,Ghana , Nigeria, Bangladesh, India  and South Africa who contributed their poetry in solidarity with the Zimbabwe We Want Poetry Campaign in fighting corruption, human rights abuses, hegemony, violence, dictatorship and greed through words/poetry,” he said.
The Zimbabwe We Want Poetry Campaign is the brainchild of Chirasha who said the idea came after the realization that Zimbabwean artists, most of them forced out of the country by circumstances beyond their control, could play a positive role in influencing the political and human rights situation in the country even when they were not currently based in the country.Advertisement