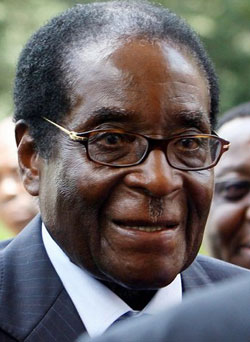 NATHANIEL Manheru’s The Other side instalment on Saturday the 3rd of October’s Herald entitled Afriforum: Colour, cause and coin of white rights, put forward a fundamental question which I think any Zimbabwean with the nation at heart should honestly try to answer not necessarily in the context that Manheru arrived at asking it, but more in the context of where are we as a nation thirty five years later. Was the land revolution all what it was hyped up to be? I will come back to this shortly.
In his article Manheru goes into much trouble to try and explain how the attachment and auctioning by the deputy Sherriff in South Africa of property belonging to the Zimbabwe government was not a victory over the Zimbabwe government by the 78 farmers who had litigated against it in the now defunct Namibian based SADC Tribunal but more a setback for the de-colonisation revolution in southern Africa.
Afriforum, a South African based non–governmental organisation brought the action on behalf of the 78 farmers challenging the legality of the acquisition of their farms in Zimbabwe. The SADC Tribunal ruled against the Zimbabwe government in 2008 culminating in the Zimbabwe government lobbying regional countries to have the SDAC Tribunal disbanded as it was said to be working against the gains of de-colonisation. SADC member countries regard the land issue as a very emotive matter that has direct implications on post-independence southern Africa.
Following the disbanding of the SADC Tribunal, Afriforum proceeded to register the judgement with a South African Court with the Zimbabwe government putting up a challenge. This resulted in the Zimbabwe government running up hefty court costs following the ruling against it. The original writ on the Zimbabwe property was based on the unpaid court costs. As soon as the Zimbabwe government settled the court costs, Afriforum pulled out another writ superseding the settled one. This writ was for money owed to the Germans by the now defunct Redcliff steel conglomerate ZISCO and guaranteed by the Zimbabwe government at that time.
Having explained all this, Manheru lets slip, whether knowingly or unknowingly an interesting acknowledgement that the land issue is not yet over; that the land question will never be over. The fact that the Zimbabwe government passed the Land Acquisition Act 2000 to legalise its redistribution to the indigenous black people does not mean that the job is done. Charamba acknowledges that the land issue will again take centre stage in a post-Mugabe Zimbabwe, hence the question, what is the national question.Advertisement