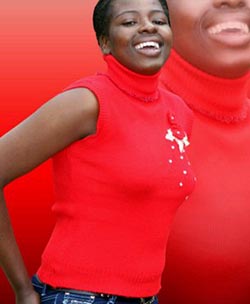 WHILE there has been many a song and dance about women empowerment, there continues to be little to no support for those who use their talent in film and theatre for survival.
Actresses who spoke to this publication said problems such as sexual harassment, intimidation, non-payment and fake promises are the order of the day.
They said these challenges have forced a huge number talented actresses off the stage and the screen to look for work elsewhere in order to survive.
Veteran actress Eunice Tava said sometimes it was the behaviour of male managers and actors which forced females out of theatre.
Her sentiments were echoed by Lisa Gutu who rose to fame through the production ‘The Past is for The Future’ and has been in the industry for almost two years.
Gutu said non-payment for performances and the lack of work were major industry challenges.
“Acting here has proved that it’s not a full time job as one is only offered ‘acts’ in productions,” she said.
“There is a lot that one goes through, such as getting and memorising script lines for, say a month, and attending for rehearsals for which one is not financially assisted.
She continued: “You are told no one gets paid on their first day at work,
“ .. but after sacrificing the little you have, at the end of the performance the producers start to dilly-dallying with your payment.”
Gutu said she has also had to deal with being taken advantage of as some male producers and writers who take the view that because she is relatively “new” she can be sexually exploited.
“It’s really pathetic,” she added.
Fellow actress Bathabile Dlamini said she doesn’t get much from acting, adding that “I do it out of passion”.
Chipo Basopo said the other problem was that actresses are supposed to be paid from entrance fees or gate takings.
“Theatre performances are different from musical shows. The audiences are fewer; hence it affects lots of productions unless it’s a commissioned act.”Advertisement