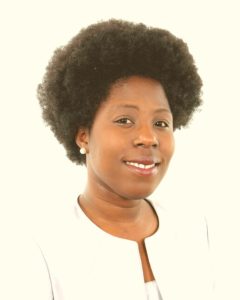 *This article is taken from the Atlanta Black Star
UNITED States: Rebecca Darko’s new children’s book has a mission. The author has long held a passion for youth literature, but she did not want to write a typical tale. Instead, Darko and her younger sister, Rutendo Muzambi, set out to write a story that dispels common misconceptions about Africa.
“Bella’s Adventures in Africa,” is a short-story collection due for release Jan. 17. It focuses on a young girl who travels from England with her parents to eight different countries across the world’s second-largest continent. The story mirrors 27-year-old Darko and 24-year-old Muzambi’s upbringing, as the pair were born in Zimbabwe but moved to the UK at a young age.
“We had fond and happy memories of our childhood in Africa,” Darko told Atlanta Black Star Wednesday, Jan. 4. “And [we] wanted other people to see that many African children grow up having adventures and [a] happy childhood contrary to the view that is sometimes heavily portrayed in the media.”
Ahead of a 2013 visit to Ghana with her husband, David, and daughter, Isabella, Darko realized her child had false ideas about what Africa was like.
“She was expecting to see lions and elephants around or sick children as she had seen on charity TV adverts,” the writer said. “However, she soon realized that Ghana was different from what she had envisioned and was surprised when we took her horseback riding at Labadi beach.”
After the trip, Darko realized Isabella had the same misconceptions about the continent as Darko and her sister’s colleagues did. So, when they began writing “Bella’s Adventures in Africa,” the siblings knew they wanted the story to center on a Black girl who travels to the motherland.
“My daughter’s experience also made me realize how important it was to give a more positive view of modern Africa,” Darko explained. “Both my sister and I felt that my daughter was a reflection of other young people who may not have ever been to Africa, but have been exposed to misconceptions about Africa. Thus, writing a children’s book that counteracted these stereotypes, would help make steps towards a building a more positive image of Africa.”Advertisement

Pulling the Tale Together
Protagonist Bella travels to eight African countries — Ghana, Nigeria, South Africa, Zimbabwe, Côte d’Ivoire, Tanzania, Egypt and Ethiopia — in the short-story collection. Darko other locations may be highlighted in future books.
“We wanted countries from different parts of Africa, and some countries were chosen as we have a personal connection to them,” she said. “In addition, we wanted to show that Africa is a rich and culturally diverse continent, with different races, traditions and languages. We felt that those eight countries would be able to show some of the diversity of different African nations.”
The book was brought to life thanks to illustrator Guy Stratton. In February 2016, Darko said she and Muzambi were looking for a “well-travelled illustrator who was culturally aware and had a passion for our project.” They discovered Stratton through a friend’s recommendation.
“We adored a sample of Mr. Stratton’s work that he showed us and his ability to draw characters with natural hair and different skin tones,” Darko said. “We also loved the passion he showed for our project and we knew he was the right illustrator for our book.”
After the work was complete, Darko and Muzambi published the story on their own through RiverFrog Publishing, which they established in 2016. Doing so allowed the sisters to take their time writing stories and they could make creative decisions on their own terms.
“We wanted to be able to freely write and express our ideas without any of the constraints that publishers might put on the book,” the writer said.
Upon its release, the book will be available on RiverFrog Publishing’s website and Amazon. Darko said she and her sister are in talks with independent bookstores and online retailers for more sales options in the future.
On The Importance of Representation
Darko explained she and her sister felt Black children needed to see themselves in literature to increase their confidence. She cited their own African heritage as the reason why the writers wish to glorify African culture and desire to give Black children that same prideful feeling.