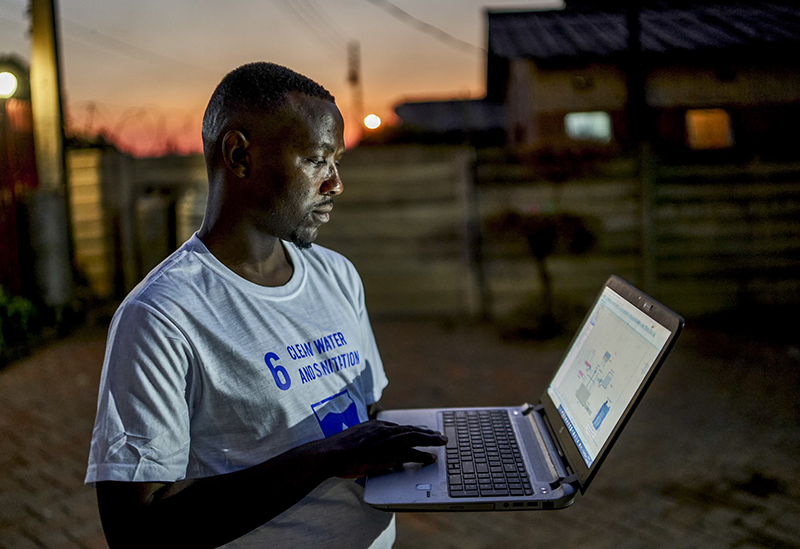 Chafa, an industrial engineer, is one of fifteen finalists for the award with the others from countries such as Angola, Cameroon, Ethiopia, Ghana, Nigeria, Sierra Leone, South Africa, Tanzania and Uganda.

“Now in its 9th year, the winner will receive £25,000 and three runners up will win £10,000 each. An additional One-to-Watch award of £5,000 will be given to the most promising innovator,” said the organisers in a statement.

“In mid-2023 four finalists will be chosen to pitch their innovations and business plans to Africa Prize judges at an event in Accra, Ghana. The winner will receive £25,000, and three runners up will win £10,000 each. An additional One-to-Watch award of £5,000 will be given to the most promising innovator.”

Chafa was nominated for his Smart Water Tech innovation, a web based real time water quality monitoring and control system which uses multimedia filters and chemical dosing to address the spread of water borne diseases.

The technology is central to the United Nation’s (UN) Sustainable Development Goals including quality education, clean water and sanitation, sustainable cities and communities, good health and wellbeing, and clean energy.

It was designed in response to a 43% increase in cholera cases in Zimbabwe between 2018 and 2020, and the 3.5 million fatalities reported annually in Africa due to unsafe drinking water.

Zimbabwe’s municipal water is currently only tested during pretreatment using manual methods that involve taking water samples to the laboratory for analytical testing. Water is often contaminated in-transit to the final destination. 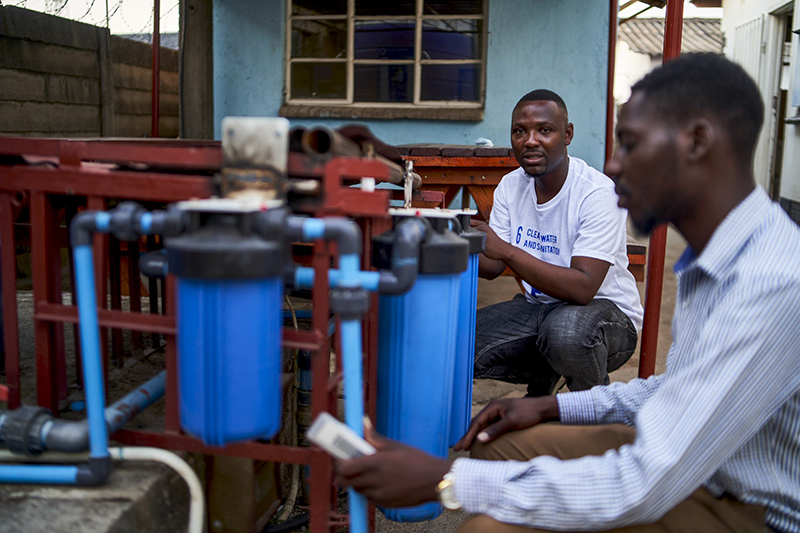 In the first stage, water is tested before and during flocculation, the process where a chemical coagulant is added to the water to separate specific particles and determine what additives are required.

The water is tested again at filtration stage, and a final time before the water is loaded into tanks for delivery to the community.

“The resulting data determines whether an intervention is required. The Smart Water Tech’s software sends an SMS notification about deviation in water quality from standards set by the World Health Organisation, enabling a rapid intervention.

“An autonomous control measure is carried out by use of multi-media filters and automated chemical dosing units. The web-based monitoring of water quality avoids the need for expensive and time-consuming laboratory tests.”

Chafa and his team have installed a lab-sized prototype unit at the National University of Science and Technology in Bulawayo, and replicated the concept at three homesteads.

Going forward, Chafa hopes to develop a biosensor to specifically identify types of bacteria in water, to prevent the need for excessive amounts of chlorine.” 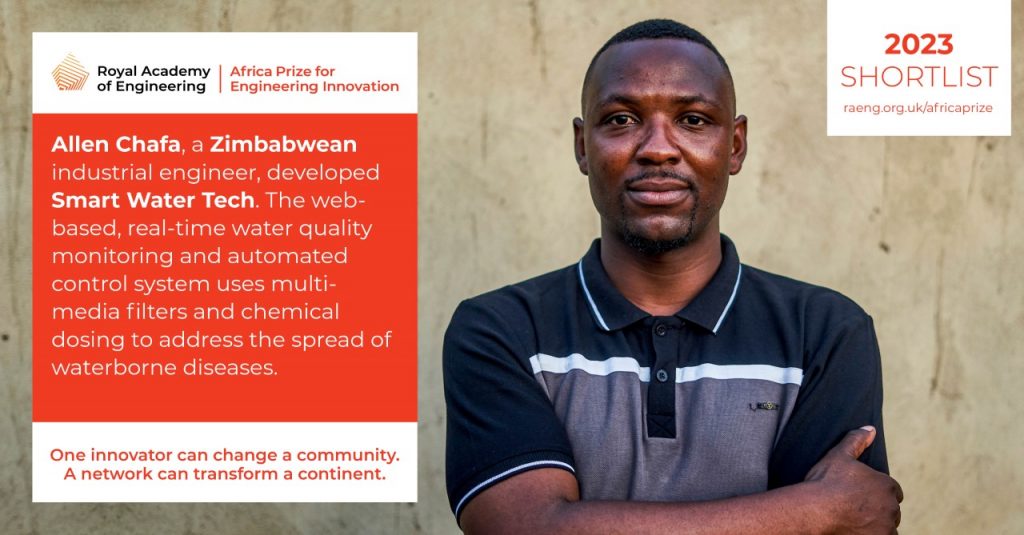