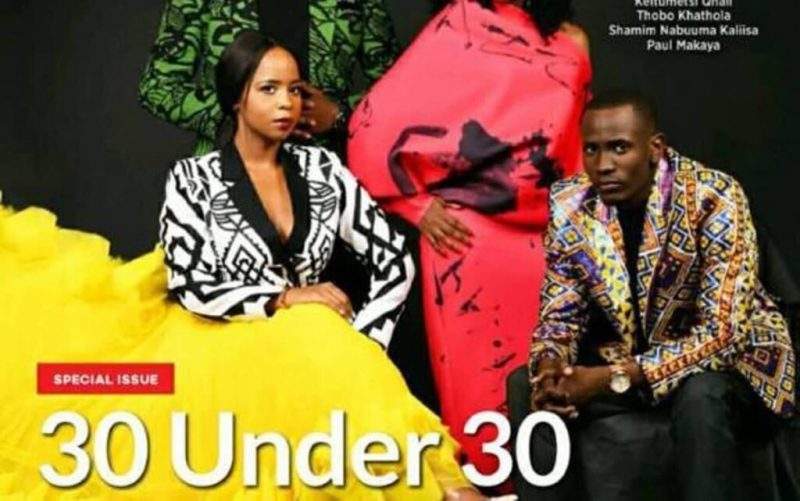 Paul Makaya (right) on the front cover of Forbes Africa
Spread This News
The Forbes Africa 30 Under 30 list is one of the most-anticipated list of young game-changers on the continent.

Each year, Forbes Africa looks for resilient self-starters, innovators, entrepreneurs and disruptors who have the acumen to stay the course in their chosen field. The 27-year old Zimbabwean businessman’s budding empire is based on digital design and marketing.

His is a story of defying the odds at almost every turn.

With just the $200 he had saved up, Makaya and his friends invested it in 2016 and rented a miniature one-room office space that had only two chairs.

This was only the beginning of Bergast House, a company that offers strategy, public relations, digital and design services.

Today, the two chairs he started the business with have quintupled, as they now have a team of 10 and can gladly say they have worked with numerous organisations including software giant Microsoft.

“The initial trigger was obviously frustration about the limitations of being an employee, but in that sense as well, I felt that as a young, dynamic person, there was so much more that I could offer to the industry,” he told Forbes Africa.

“I also felt we had a part to play in the rise of the African continent. Our vision is to rebrand Africa and this is our purpose.”

And what does he think of being on such esteemed list?

“Being on the Forbes 30 under 30 list is such a big honor, going through the list I saw amazing individuals doing incredible things across the African continent and being part of that same list is just humbling.

“It also comes with the pressure to meet expectation, gives hope to other young entrepreneurs in Zimbabwe, to say even in the challenging economic environment we are in, you can do something, you can make something, you can create employment, you can be a solution barrier and not just cry about the problems,” said Paul.

Bergast House has served over 103 clients including Zuva Petroleum, Astro Mobile, Maranatha Group of Schools, the Contact Centre Association of Zimbabwe, Tech24, the Chartered Institute of Customer Management, Steward Bank, and the Zimbabwe Agricultural Society, delivering an advertising value of up to $175 million.

Makaya has been listed on the Gumiguru 40 Under 30 list of emerging Zimbabwean leaders and in 2019, was selected to be the vice curator of the World Economic Forum’s Global Shapers Harare Hub.

He is also a founding member of the Zimbabwe National Youth Awards, an annual event which seeks to identify, award, celebrate and develop exceptional young Zimbabweans in all sectors of the country’s economy.

Makaya plans to grow the business into countries such as Rwanda, Kenya, Nigeria, South Africa and Namibia.