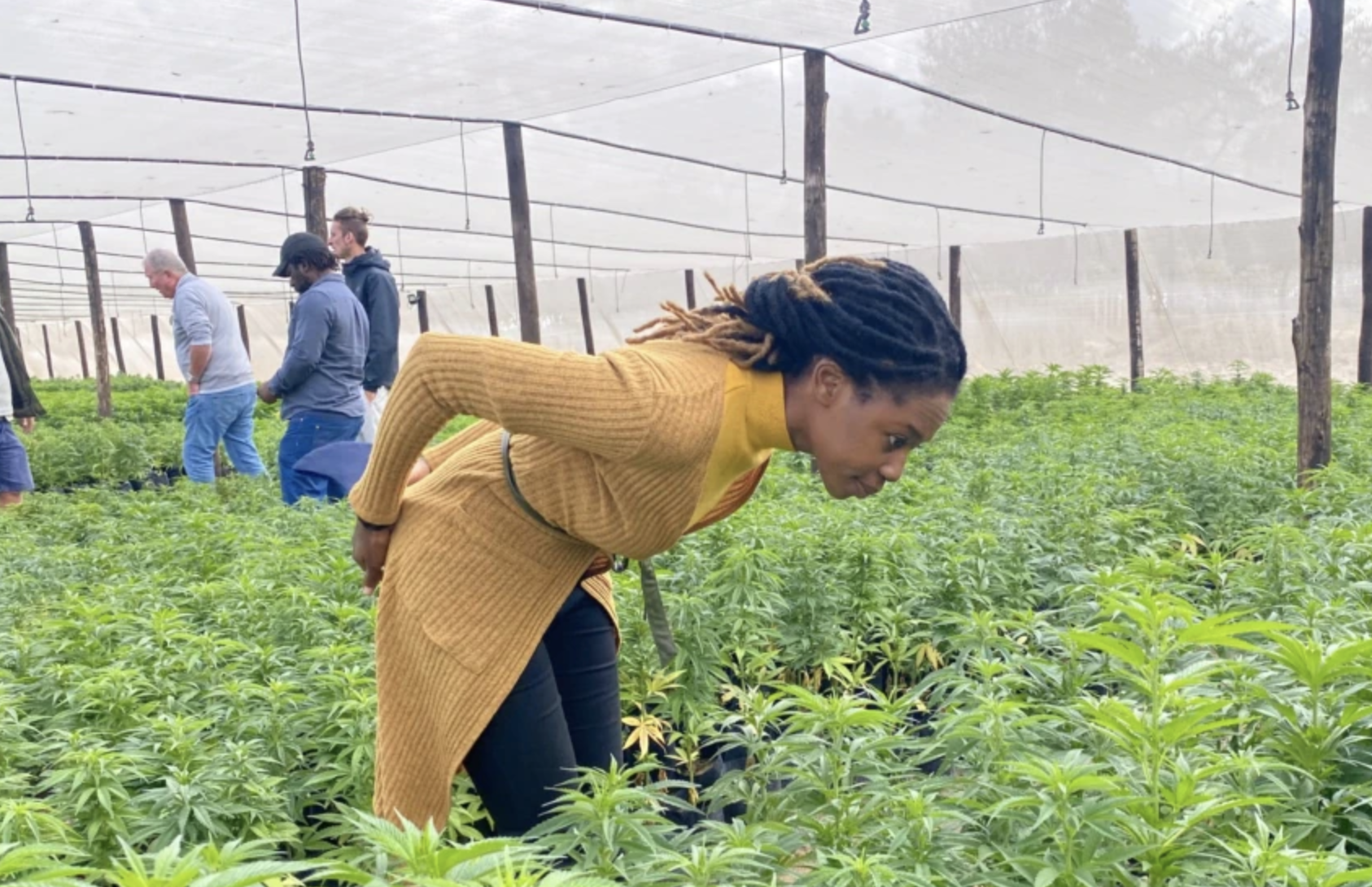 Munyaradzi Nyanungo, a cannabis farmer, gestures inside a green house in Bromley, a village in Mashonaland East province in Zimbabwe.

Munyaradzi Nyanungo, a cannabis farmer, gestures inside a green house in Bromley, a village in Mashonaland East province in Zimbabwe.

Zimbabwean farmers looking to cash in on a global boom in medicinal cannabis face a litany of costs and regulatory barriers, but growers like Munyaradzi Nyanungo are betting it will boost their fortunes after decades of economic decline.

The southern African country became one of the first in Africa to legalise the production of medicinal cannabis in 2018, hoping for a fresh income stream of badly needed export dollars, and has issued 57 licences.

With finance coming in from foreign companies like US-based King Kong Organics, black farmers like Nyanungo, 35 — who have struggled to prosper in a moribund economy — are looking to branch out from traditional crops like tobacco into cannabis.

“We stand to sell cannabis at $25 per kilogramme, which is five, six times more than what a good tobacco crop can give you. We are actually sitting on a green gold mine,” Nyanungo said.

The global cannabis industry could be worth $272 billion by 2028, according to Barclays analysts, and Zimbabwe’s Finance Minister Mthuli Ncube has said the country wants at least $1 billion of that — more than it currently makes from its top agricultural export tobacco.

As Africa’s biggest tobacco producer, Zimbabwean officials also recognise the need to diversify away from the addictive narcotic that is proven to be ruinous to the health of smokers and those around them. Cannabis is seen as a less harmful alternative to cigarettes and its cannabidiol (CBD) widely accepted as a natural remedy.

But challenges remain, not least the huge cost of getting set up amid tight regulations, such as the requirement to use a greenhouse to meet the criteria for ‘organically grown’ cannabis — necessary to be able to sell it to the medical market.

“A greenhouse is very costly,” Nyanungo said, trimming the distinctive fan-shaped leaves on his farm. “This entire greenhouse: you need something around $500,000 just to set up the structure,” not including the drip system and seed inputs.

Nyanungo’s US-based partner, King Kong Organics, which supplies seed and other inputs, purchased the greenhouses under an offtake agreement that will see the company buying the cannabis crop for processing.

That, he said, brings the cost of growing a single hectare of cannabis up to $2.5 million. He and other producers are currently lobbying the government to relax the rules — and lower the costs.

The Zimbabwe Investment and Development Agency, which licences cannabis producers, did not respond to a request for comment.

“If anyone is going to grow medical grade cannabis, it’s going to be at their risk because there are too many variables,” said Zorodzai Maroveke, CEO and founder of Zimbabwe Industrial Hemp Trust. “So much can go wrong.”

Operating since 2003, Nyanungo’s Forest Farm has been growing traditional crops of tobacco and maize, and raising cattle, but acquired the cannabis licence in 2020. Of his 80 farm hands, 20 now work on the cannabis plants.

He expects to earn $2.5 million in profit from the first harvest in August, significantly higher than what he earned from his other crops and livestock.