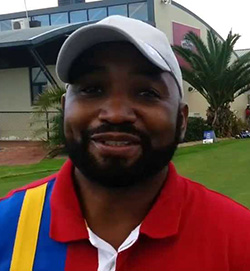 A ZIMBABWEAN hospitality franchise is capturing the imagination of locals and tourists alike, expanding the service offerings in the increasingly cosmopolitan Cape Town central city.
Jimmy Jimalo’s is the brainchild of James MacAdams, a Zimbabwean by birth who has spent most of his adult life in the United States and South Africa.
Jimmy Jimalo’s Bar and Grill and Copacabana Café, MacAdams’ other venture, are located in the bustling CBD, a block away from each other on either side of Long Street.
The former, described as “the place to be” is a homely dive which opened in 2012 in a formerly abandoned building in Vredenburg Lane. It’s an absolute tribute to the owner’s namesake James “Jimmy Jimalo” Chiyangwa, a late Harare businessman.
“In Zimbabwe, anyone who has the name of James immediately gets called Jimmy, and Zimbabweans have an emphasis on nicknames, so there’s another extravagant one added at the end, like Jimalo.”
The Jimmy Jimalo Group’s primary forms of business are music promotion, transport and of course hospitality. The Bar and Grill are host to prominent figures, mainly those working in government institutions who share the company’s quest for an authentic African experience, and tourists alike.
“I felt there was a need specifically for Africans who come from deeper in the continent to have an authentic taste of home, comfort food, with comfort music in a comfortable setting,” MacAdams says of his first establishment.
The second venue, Copacabana, in Bloem Street, opened in November last year and is more upmarket, but retains some of the laid-back atmosphere of Jimalo’s.
It caters to early risers with a full English breakfast and an ever-expanding menu as the owner and staff “keep eyes and ears open” to keep up with food trends while trying to incorporate more exotic African styles as well.
MacAdams attributes the difference in style and feel to the expansion of business, and their constant aim of improving standards goes hand in hand with opening new venues.
He cites the extensive remodelling needed at Copacabana as one of the key challenges they faced as they worked to open the Jimalo brand’s second establishment for more than a year.
“The renovations here for Copacabana took us a long time because not much development or maintenance was done with the building over a period of approximately 25 years.”Advertisement

The Kwekwe-born businessman’s outlook on the opportunities available in the city is very positive. After leaving Zimbabwe for better prospects in Johannesburg in 2003, MacAdams served in many establishments before relocating temporarily to Cape Town for a year.
The beautiful natural setting, which he describes as “ideal for raising a family” was a primary reason for choosing to stay in the Mother City.
“In any city or nation there are regulatory processes one has to follow and paperwork to be filled out, but in future I believe that shorter periods of legal processes will encourage entrepreneurship, stimulate job creation and help grow the economy.
“But there’s a bit of a transformation happening in Cape Town, and because I’m a person of colour with not one but two establishments in an entertainment hub of the city I hope it’s an inspiration to others and a sign of change,” MacAdams adds.
Not content with just their success in Cape Town he’s looking to expand the business to include long distance transport and cargo hauling, while Jimalo’s will franchise into Johannesburg and Durban.