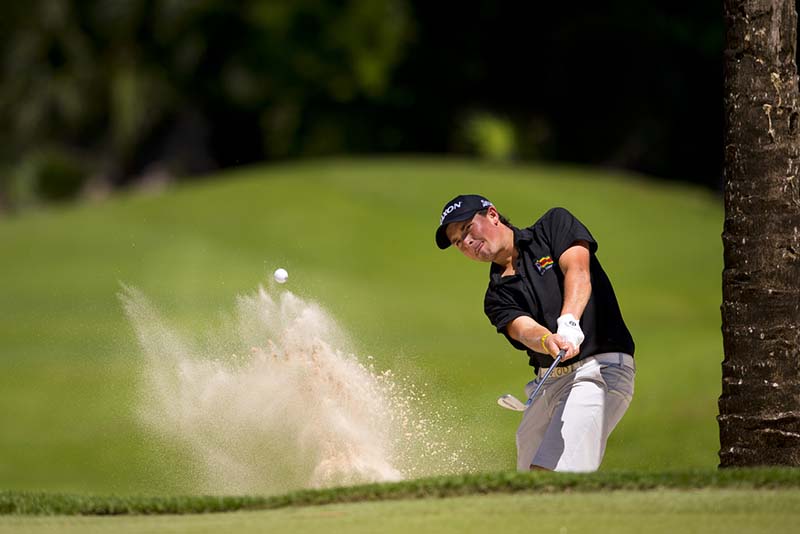 The 24-year-old former St John’s College pupil fired a final round 66 at the Royal Cape Golf Club to claim a two-shot victory over the South African pair of Zander Lombard and Jean-Paul Strydom on a total of 13-under-par 275.

Follet-Smith’s final round which started with a nervy bogey on the opening hole included six birdies and an eagle.

The promising golfer who is still on his rookie season on Tour, admitted that he came into the final aiming for a top-10 finish but instead ended up celebrating a memorable win.

“I am happy to be able to show that I can win,” Follet-Smith said.

“It is a great thing for me, at least, and not to prove anything to anyone else that I can win.

“I will be able to establish myself on Tour and be able to say I am actually worthy of being here.

“I came out here today thinking that I just need to finish in the top-10 so that I can get into next week at the Dimension Data Pro AM so I won’t have to play pre-qualifiers next week.

“It is really great for me to win this at this stage of my career.”

Follet-Smith, who pocketed R317,000.00 became the first Zimbabwean to win a Sunshine Tour event since Mark Williams’ win at the Vodacom Origins of Golf Final in November 2016.

The duo of Lombard finished in a tie for second position with the overnight leader Strydom on 11-under-par 277 while Peter Karmis from Greece was in solo third on 10-under par.