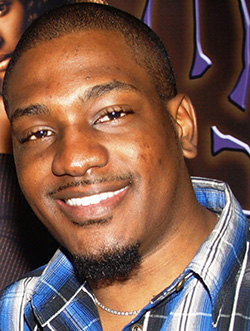 WHEN F.T.R, a Zimbabwean professional hip-hop producer, attended a Next Level Workshop in his native country, he had no idea how much his life was going to change.
“I ended up learning so much when I wasn’t expecting to learn anything,” he said.
F.T.R is one of six international artists chosen to take part in a two-week residency in the United States.
The team has been in Chapel Hill for the week to conclude the program, which will feature a showcase concert Friday.
The group held a 15 minute pop-up performance at the FedEx Global Education Centre on Wednesday.
Next Level is an initiative in its first year sponsored by the U.S. Department of State’s Bureau of Educational and Cultural Affairs in association with the Department of Music at UNC. It has been renewed for a second year.
Michele Peregrin, the program officer at the Department of State, called the program a transformative experience.
“Hip-hop has a history of representing those who don’t normally have a voice,” she said.
“It’s a really great way to empower at-risk, underserved youth audiences.”
The Department of State granted more than $1 million in funding to UNC for the program.
“The mission of my bureau is to foster mutual understanding with people in the United States and people abroad and to foster these personal connections through people-to-people diplomacies,” Peregrin said.
The program took hip-hop artists from India, Serbia, Bosnia, Bangladesh, Zimbabwe, Senegal and the United States to engage in a cultural exchange to promote understanding and conflict prevention.
“We have Americans going to Bosnia, Zimbabwe, where they might not have anything else in common other than hip-hop,” said Mark Katz, director of Next Level and UNC music professor.
“Hip-hop is that bridge that can bring people together.”
Although the members of the Global Next Level Team have known one another for less than two weeks, span over three continents and among themselves speak more than four languages, F.T.R said the group had an automatic chemistry due to hip-hop.
“When it comes to hip-hop music, we vibe like we’ve known each other forever,” he said.
“It’s that type of bridging and understanding that I want to take back with me.”
F.T.R hopes to take the knowledge he obtained from Next Level back to Zimbabwe to start an initiative to help budding hip-hop artists and producers.Advertisement

“I want to show them that there’s a world bigger than commercialization of hip-hop — that it’s a way to change society and influence the people around them,” he said.
According to Katz, hip-hop gets a bad reputation in the mainstream for violence and misogyny.
“It’s actually based on peace, love and respect — it’s a unifying force,” he said.
F.T.R saw Next Level as a tool for changing the mainstream view of hip-hop.
“If you really look at the origins of hip-hop, it’s really to educate and promote social activism,” he said. “We’re trying to get it back to that place.”
F.T.R’s teammate, Indian singer Malabika Brhama, described Next Level as a beautiful collaboration.
“Many is always better than one.”
You can listen to and buy F.T.R’s digital album here http://ftrftrftr.bandcamp.com/album/first-flight-ep