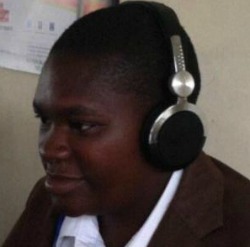 INVESTIGATIVE journalist, Elias Mambo, has a published a book titled Conscience of My Race on his personal experience with xenophobia in South Africa in 2008.
He chronicles the sad events and how South African politicians and the Zulu Monarch turned a blind eye to organised killings. He also touches on the implication of the SA police in the attacks and how the justice system let all the culprits off the hook.
Mambo describes the pain of black-on-black killings which he witnessed with an African burnt to death by another African, shops looted and houses set on fire.
Groups of people had to flee and seek refuge in places not fit for human habitation, all because they were not from South Africa.
“I was in Durban when I saw African brothers and sisters being burnt alive because they were black and not South Africans,” writes Mambo.
Speaking to NewZimbabwe.com, Mambo said Conscience of My Race is meant to show that xenophobia, a horrible reality, is here to stay.
“Xenophobia has continued to rear its ugly head in South Africa ever since.
“The book is also dedicated to those who lost their lives in South Africa as a result of xenophobia and to those who continue to suffer in silence because they are foreigners the world over.”
In the 80 page book, Mambo argues that the violence was misnamed as ‘xenophobic attacks’.
“It is not that. It’s Afriphobic hysteria of self-destruction,” he said.
Mambo further says this was not a case of hounding out criminal elements but was plain ‘Black Genocide’.
The book also dwells on stereotyping of foreigners which is widespread in South Africa. For example, Nigerians are said to be drug dealers while all Zimbabwean women are labelled prostitutes.
Mambo is an investigative journalist with the weekly Zimbabwe Independent newspaper.
He is known for a series of articles exposing how Zanu PF allegedly recruited Israeli firm, Nikuv, to assist in the manipulation of the voter’s roll and the July 31, 2013 elections.
He is also a blogger and political analyst.
Mambo’s book comes at a time when president Edgar Lungu has had to express his public ‘shame’ after Zambians also went on the rampage recently, looting foreign owned shops and burning alive one person in horrific xenophobic attacks in Lusaka.  Mostly affected were refugees from Rwanda.  Advertisement