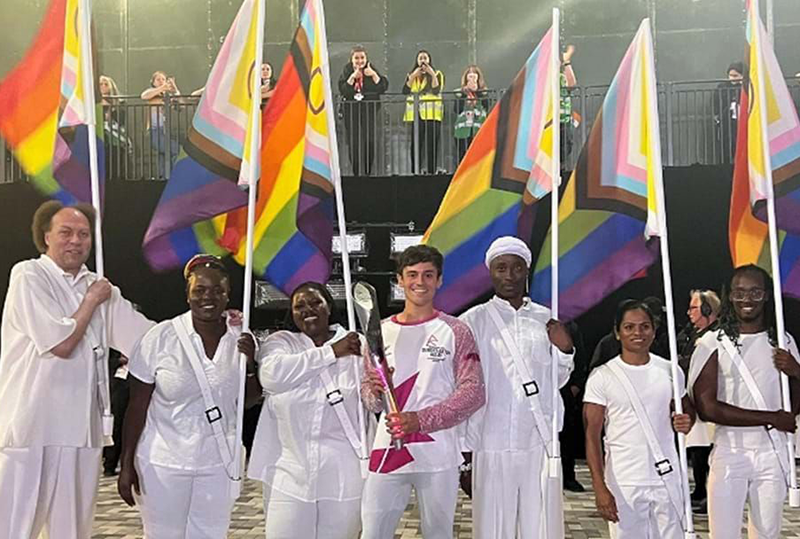 Entering the Alexander Stadium in Birmingham, Daley and the activists carried Pride Progress flags in support of same-sex relations,.

The Olympic Gold medallist has previously criticised the Commonwealth for supporting governments that criminalise the LGBTQ+ community and was recently awarded an OBE for his services to sport and work campaigning for LGBTQ+ rights. 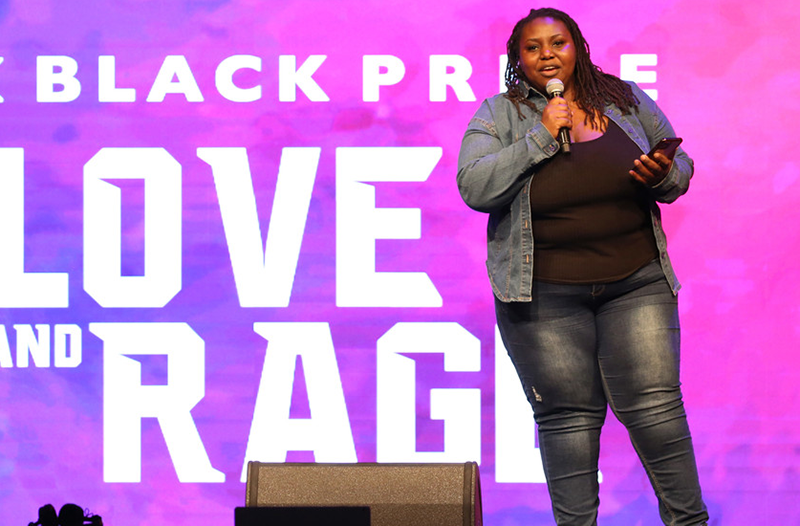 Moud Goba, is a Zimbabwean lesbian and refugee residing in the UK

Originally from Zimbabwe, Goba is an LGBTI and human rights activist with more than 15 years’ experience in working with BME LGBTI grassroots community groups.

She was one of the founding members of UK Black Pride and is currently their Director of Community Engagement.

In 2015, she was named one of the top 100 most influential LGBTI people in the UK by The Independent and was the recipient of the Attitude Pride Award.