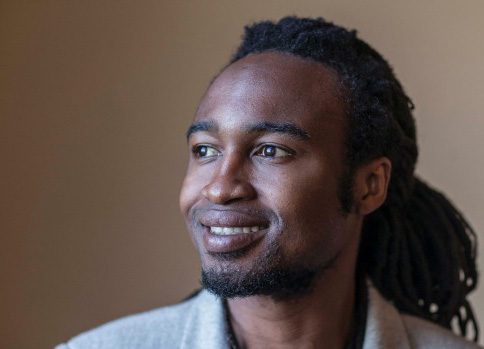 AN egg is always an adventure,” Oscar Wilde said, and for failed MasterChef New Zealand contestant Gideon Marisa the humble egg has been his downfall early in the series.
Marisa was the second chef to be eliminated from the top 16 after failing to impress the three judges with a fine-dining variation of ham and eggs, which consisted of a tricky consomme (clear soup).
After confidently telling judges, Michelin-star winning Josh Emett, Depot Eatery’s Al Brown and restaurateur Mark Wallbank, that his dish was “an eight out of 10 that should keep me in the competition” Marisa was placed in the bottom two with pig farmer Leo Fernandez.
Marisa said he was playing a “double bluff”.
“I was going well until the last 15 minutes or so and then the fat strainer that I had fell back into the consomme,” he said.
“The consomme is pretty much the king of the dish and it happened that little bit of film of fat fell back in… I did have a nightmare in the last 10 to 15 minutes of that challenge. The consomme just undid me.”
Although the judges “loved” Marisa’s confidence, it was the only promising comment from the four, including guest judge Simon Wright from Auckland fine-dining institution The French Cafe, who all described Marisa’s dish as “messy” and the egg-based consomme not properly cooked, although Wallbank kindly remarked, “It tastes a lot better than it looks.”
After two consecutive episodes in the bottom two Marisa isn’t glum.
“My attitude is pretty much take it as it comes. You’re the master of your own destiny and for me it was kind of like, I’ve done well so far and tried not to stress about anything, I think most things work out the way they’re meant to work out…I’m quite happy with how far I’ve got.
“I will be trying a consomme again sometime soon and I’m gonna nail it and I’ll send the guys a photo once I’m done.”
Marketing consultant Marisa, 31, describes cooking as a hobby “to get out of doing dishes”, and hopes to open his own cafe one day.
With 14 contestants left in the series, he says “positions will speak for themselves as the show goes on. My place was 15th and I’m content,” adding that his top picks for a winner were Leo, Tim and Chris. “One of those guys is going to take it.”  Advertisement