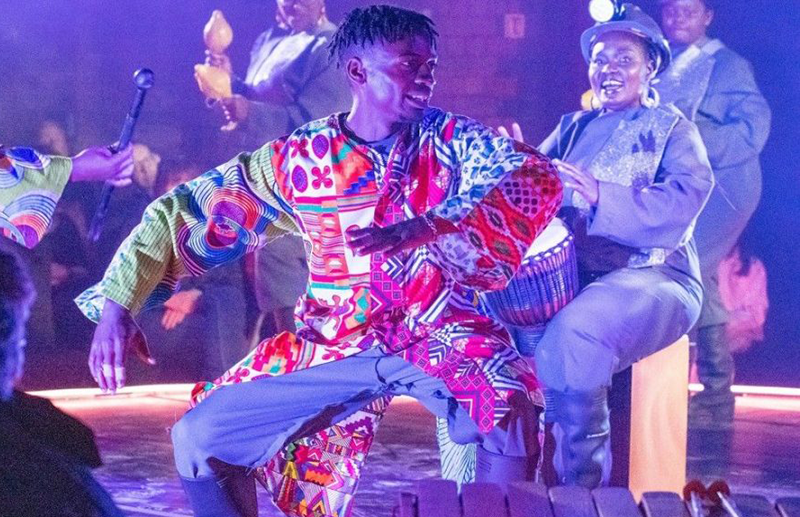 Thanet residents are collaborating in a show that brings together Zimbabwean instruments, storytelling and gumboot dancing, in a world where music is forbidden.

Thanet performance company Looping the Loop is bringing Bunker of Zion to the Salvation Army Hall in Margate on Friday, July 1 and 2.

The hour-long show is set in a dystopia where music is banned. As a result, a small community creates a safe space in an underground bunker to continue enjoying the beautiful feeling that music gives them and a way to express how they feel.

As part of the Collaborative Touring Network, dancer Jodie Cole has been working with members of the Thanet community to develop a unique Thanet response to the show.

This will be performed live on stage by local residents and members of Broadstairs inclusive performance group Inspiration Creative CIC.

John Pfumojena said: “The Zimbabwe mbira and marimba instruments are the bedrock for this creative work, and we are asking every single person to come as they are and interact with their authentic selves.

“Zimbabwean Bantu Shona culture meets with myriad genres in dance, music, movement, spoken word and storytelling. Culture shaking hands. Surely this is how collaboration should work across the country and the world.”

Looping the Loop have been a resident company at Theatre Royal Margate since 2014 and specialise in producing captivating live theatre performances in unique public spaces.

Their shows pop-up in parks, shopping centres, high streets and on doorsteps, as well as in their moving micro-theatre inside a 1970s caravan.

With the Theatre Royal currently closed, pending renovation as part of the £22.2million Margate Town Deal, Bunker of Zion will be performed just around the corner in the Salvation Army Hall. The show must go on!