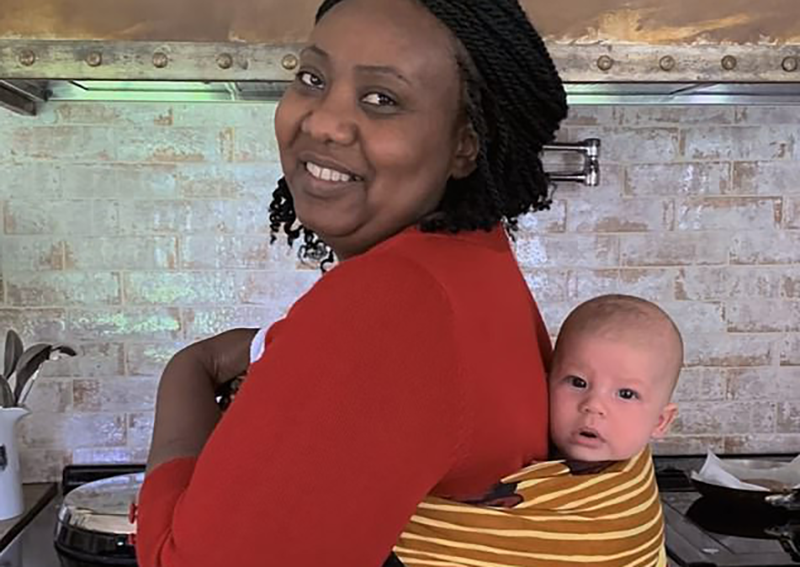 By the Daily Mail UK

LONDON: Archie’s former nanny has described the moment she met Prince Harry, revealing he was ‘walking around barefoot’ outside of the marital home Frogmore Cottage.

Lorren Khumalo, from Zimbabwe, speaks in the couple’s new Netflix show, revealing she got a speeding ticket on the way to Frogmore Cottage after getting the call to work for the couple.

However, she said that meeting Prince Harry instantly put her at ease.

“When I arrived at Frogmore cottage I see this guy he’s tall, he’s ginger and walking barefoot and I have got these new shoes from Clarks and suddenly whatever I thought or felt the formality just sort of slid and I felt so at ease,” she recalled.

The professional nanny currently works as a neonatal intensive care (NICU) and paediatric nurse at private maternity hospital the Portland, in Westminster.

The Portland hospital is where royal women have given birth for generations and the palace where both Prince Harry and his son Archie were born.

After Archie’s birth Meghan’s mother Doria was at Frogmore Cottage for a month, and was present when her daughter brought Archie home from the hospital.

The Duchess said: ‘My mom stayed for a month solid, and it was great to have her there.

“But we were in a position where we didn’t have someone to help us with Archie.”

Lorren recalled the day she was asked to work for the couple, saying: “I had this phone-call and they were like “Prince Harry and Meghan want to see you, they want to talk to you about being a nanny to Archie”. 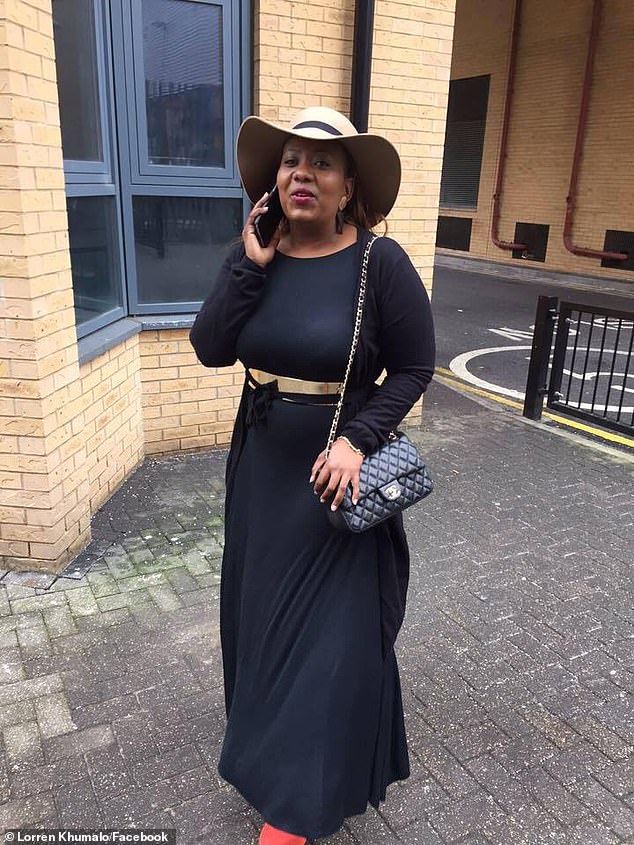 Lorren, pictured above, admits that she got a speeding ticket for rushing over to Frogmore Cottage

“I said, ‘Hang on I need to sit down’. I remember just driving so fast, I got a ticket actually, yes I did.”

Lorren described how the couple were “really hands on parents” and they would come in to see baby Archie in the morning, and feed him before the nanny would take over from them and take the newborn out for a stroll.

The Duke of Sussex is seen feeding his son with a spoon as he sits in a sushi-themed high chair, gazing up at his father in previously unseen footage of the Sussexs’ home life.

Pictures of Archie wrapped in a traditional African cloth were revealed, a nod to Meghan and Harry’s link to the country – the pair spent time in Botswana doing charity work and before they both embarked on charity missions to the continent. The cotton cloth has cultural significance in Africa, and is used as ritual protection and a symbol of status.

Lorren asked the couple if she could wrap Archie in a cloth, and Meghan enthusiastically agreed.

The Duchess said: “She said is it OK if I tie him on my back with a mudcloth? Like we do in Zimbabwe? I said, “Yes let’s do that”.

A picture was then shown of Archie wrapped in a yellow and brown cloth nestled against Lorren’s back, the photo was taken in the kitchen at Frogmore Cottage, where a cream Aga woodburner can be seen in the background.

Prince Harry smiled as he described the moment, saying Archie had his arms wrapped around Lorren, fast asleep and Meghan appeared delighted, laughing along with her husband.

She said of nanny Lorren: “She didn’t just take care of Archie she took care of us, she definitely took care of me.”

The pair spoke about their first royal engagement after the birth of their first child, where they took Archie with them on a tour to South Africa when he was just four months old. 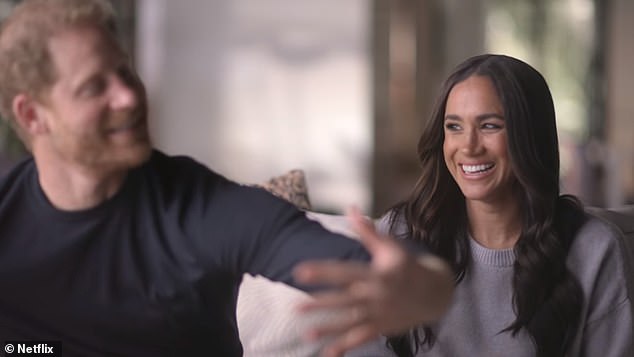 Lorren described the tour as “full on” and said: “It was a lot of pressure, the tour was full on. I thought how are you doing this? And still have a smile on your face, because she did smile.”

The South Africa tour marked the moment Meghan first made a public comment about her own mental health, she admitted things had been “a struggle”.

She told journalist Tom Bradby for the 2019 documentary An African Journey: “Thank you for asking, not many people have asked if I’m ok, it’s a very real thing to be going through behind the scenes.”

Meghan said: “I never thought they would use it in the documentary, I was just grateful somebody seemed to ask me something like I was a human being.

“I had no idea that would be the thing that travelled around the world, that’s what spawned the hashtag We Love You Meghan.”

Harry, noting the 70,000 tweets using the new hashtag said: ‘It helped so many other women feel seen.’

The first three episodes of Harry & Meghan – part of the Sussexes’ multi-million-dollar deal with Netflix – were streamed last week, with the final three hour-long episodes streaming from Thursday.

The Sussexes’ six-part show – which forms part of their multimillion-pound deal with Netflix – has become the streaming giant’s most-watched documentary in a premiere  week, debuting with 81.55 million hours viewed.