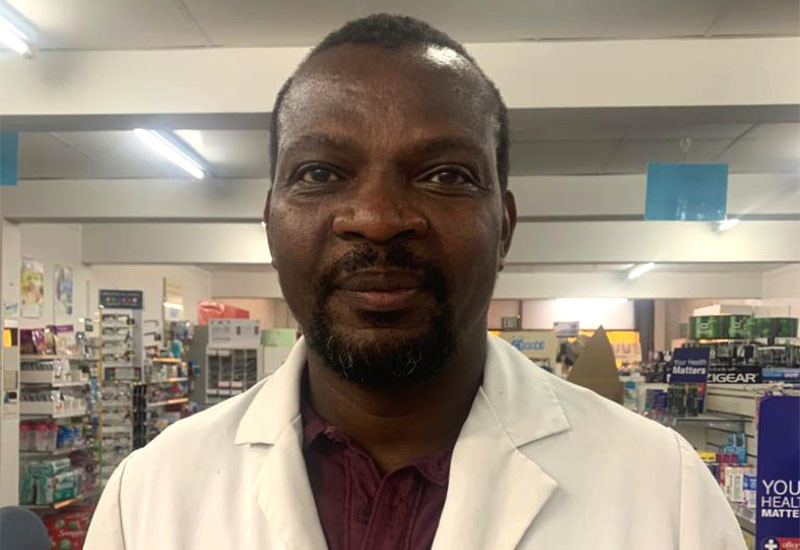 AUSTRALIAN based Zimbabwean pharmacist, Emmanuel Pasura has jumped to the rescue of thousands Mallacoota Town residents affected by ravaging wildfires in the resort town offering them medical treatment.

Since late last year, a ferocious inferno swept through Australia and some areas have become isolated, infrastructure destroyed, and lives of both humans and animals lost.

The Australian government declared the fires a state of emergency.

In Mallacoota, a town in Victoria region where Pasura lives, the population increases by at least four times during holidays when tourists visit.

When the fires broke out during the festive season, the beach town’s population was ten times its normal size and up to now a significant number of tourists are still trapped inside with the only road in or out closed.

Now the town is only accessible by ship, plane and helicopter which have been evacuating the veld fire survivors, delivering medicine, water and food.

In an interview with NewZimbabwe.com Wednesday, Pasura, who is Mallacoota’s resident pharmacist, said despite repeated pleas from his family to leave the area, he has opted to stay for his community’s sake.

“This all started on Sunday 29 December when we got the message ‘if you are still in Mallacoota it’s too late to leave’,” he said.

“Since then, I have been working 24/7 to provide medications not only to my regular patients but also to the visitors who had been trapped in town. Mallacoota is like Victoria Falls (in Zimbabwe). We get 10 times the population the last week of the year celebrating Christmas and New Year. Only this time they got trapped in Mallacoota. So I had to make sure they all got their medications.”

Pasura explained that his biggest challenge was when the area is covered in smoke and there is no visibility and medication cannot be delivered by air.

He has partnered the Australian government departments, Royal Australian Air Force (RAAF) and medical suppliers to make sure that medication is brought into the isolated resort town. 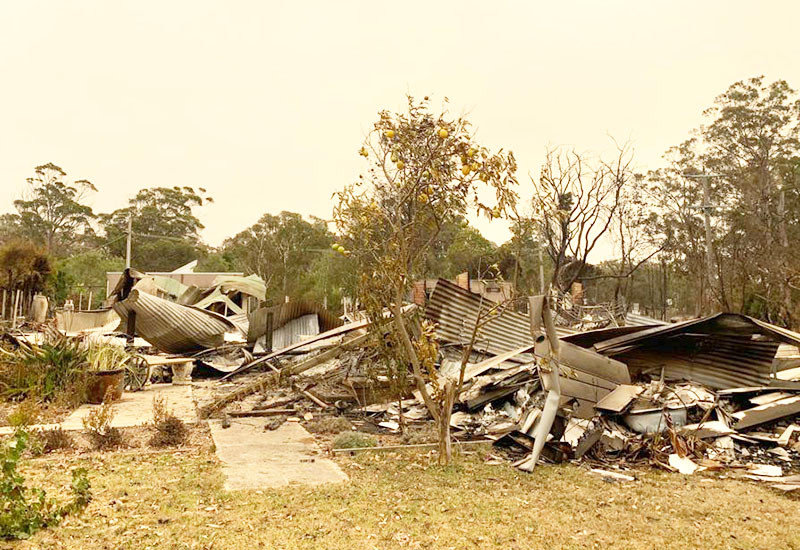 Part of the destruction caused by wildfires in Mallacota

“All roads had been closed. So my deliveries (medicines) are being airlifted or coming by boats. If visibility is not good enough like this week, the helicopters cannot land so vital medications are not coming through.

“At the moment because the government declared a state of emergency, it means I am working in collaboration with government departments, the RAAF and suppliers just to make sure medication is brought into the town.

“I am the resident pharmacist in town so when the fire roared into town, I could have evacuated like everyone else but I decided to stay so I can help my patients and ever since I have been putting a lot of hours just to help the community.”

It is now two weeks after the veld fires started, and most of Pasura’s patients have been evacuated from the town easing pressure on Mallacoota Pharmacy.

Numbers of people evacuated per day have decreased to a thousand from at least 5 000 people.

“The government started evacuating people from the town by boats or helicopters so from 5000 people on New Year’s Day to about a thousand now. So most of my patients have been evacuated.

There is no more much pressure on the pharmacy. Even though I still do not have power at home, been more than fortnight now and electricity hasn’t been restored. Roads are still closed so you can’t leave the town neither can you come in,” he said.

While Pasura said he has experienced veldfires before in his home area, Hurungwe in Zimbabwe, the inferno in Mallacoota was the worst he has ever seen.