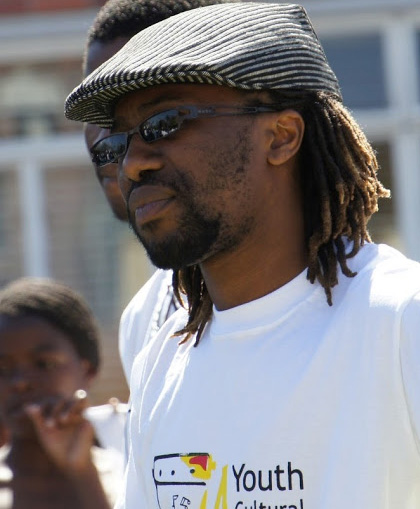 AFTER a successful tour of Kenya with the play, The Gods You’ve Built, Leeroy Gono is set to take a new offering, Greyman Experiment, to South Africa.
The play has been invited to the Unyezi Theatre festival which takes place in Ladysmith on December 6 – 7.
The witty, hilarious and mind -comedy piece was written by award winning playwright Mandisi Gobodi.
The play, a two hander was directed by Gono.
Quizzed on who would make up the cast, Gono said he was still finalising on the names but made an undertaking that it would be people who can do justice to the script.
After the Durban premiere, the play will make its local premiere in Harare, where a number of shows have been lined up.
It will also at this year’s edition of Ibumba International Arts Festival, in Bulawayo.
Confirming the invitation in an interview with NewZimbabwe.com, Gono who is the Director of Xpressive Arts said: “We established a relationship with our South African colleagues last year when we were on tour there.
“The idea behind this relationship is to network and share as much as possible our products in the region. We are excited to be premiering our new show there.”
Gobodi is known for penning the 2008 NAMA winning play, ‘Loupe’ and his other work include ‘Allegations’ which was also staged in Edinburgh, Scotland; GPA and Kookabura.
The Greyman Experiment promises to be his best work yet.
The comedy is a witty take on the complex relationships in modern society.
Greyman and Greywoman are a couple living in a cosmopolitan city laden with the demands of urbanization. The definition of roles and gender perceptions is challenged daily.
The Greywoman puts the Greyman under secret observations, observing all his moves so as to report back on how to get a man to do what a woman wants.
The Greyman as an unknowing participant goes through the ropes covering areas such as good sex, finances, boredom and life as we know it.
The play takes a twist when we discover that the Greyman has an older experiment and he is happy to report that he thinks the Greywoman is up to something.Advertisement