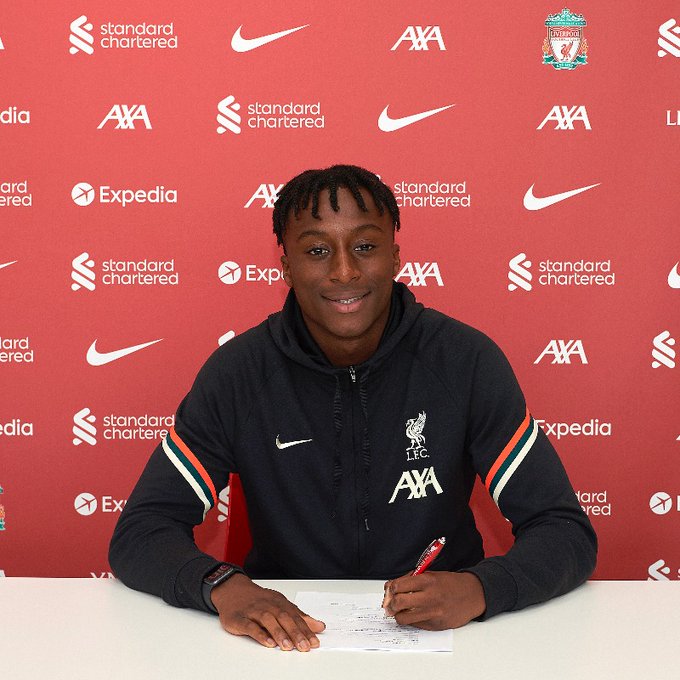 Mabaya, who was born in Preston, England to Zimbabwean parents, currently plays as a fullback for the Liverpool Under-18s. He has risen through the ranks at the club since joining the Liverpool Academy at the age of six.

A statement on the club’s website read: “Isaac Mabaya has signed his first professional contract with Liverpool FC.

“The 17-year-old from Preston has been attending the Academy since the age of six.,Mabaya broke into the U18s team last season as a 16-year-old and was initially deployed as a wide midfielder.”

“A switch mid-season saw him move to full-back, where his ability to sweep forward as an attacking option has been impressive, and he has played at right-back for Marc Bridge-Wilkinson’s U18s this term. Mabaya has also enjoyed England recognition at U15 and U16 levels,” the statement reads.