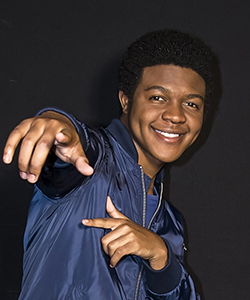 ZIMBABWEAN music producer, songwriter and DJ, Young DLC has clinched a publishing contract with Sony ATV South Africa which will see him working on some collaborations across Africa, Europe and South America.
The Hatfield-born and ultra-talented EDM DJ said the deal was the beginning of a new and exciting journey.
“New Chapter! Excited that I will be working with Sony ATV, with worldwide song-writing and production opportunities.
“Surely, dreams can come true; this is one good example” he said.
Young DLC, 21, stormed the South African airwaves earlier in the year with his first collaboration with Sylent Nqo, a guitarist from Zimbabwe, which is receiving wide airplay on Algoa FM.
Another song that he also produced titled Be My Girl was on the Eastern Cape’s Algoa FM Top 30 charts for 14 weeks, reaching its peak at number 5.
Young DLC, a product of the Campus of Performing Arts Pretoria, has produced for Coke Studio Africa 2017, where he worked on all remixes and cover songs for the whole 13 episodes.

Before signing to Sony ATV, Young DLC was one of the few producers invited to the Sony ATV writer’s camp, a weekend where he worked with South Africa’s crème de la crème of producers and songwriters.
Some of the big names in France’s hip-hop fraternity are already working on tracks using his beat after recognising his production prowess. He has collaborated with Tristan of December, with whom he has formed a song-writing duo which is yet to be named.
A former Boston Campus Soul Candi School of Music student, Young DLC has his own solo single, Desert Flower which received positive reviews when he performed it live on eTV’s ShizLive in November 2017.
Song ATV Africa announced his signing in a statement posted on social media.
“New signing! Thrilled to have producer and composer Young DLC join the #sonyatvtribe looking forward to being part of the journey,” the company said.
His manager Tendai Joe said; “We are thrilled by this milestone in Young DLC’s career.
“He is an incredibly hardworking songwriter and producer, with an amazing talent. With Sony on his side, Young DLC will surely grow to be one of the best songwriters and producers out of Africa.”Advertisement

In 2016, Young DLC’s song Don’t Stop was published worldwide by a Netherlands-based record label.
Young DLC was also on Coke Studio SA 2016 where he produced for Aewon Wolf and Jade Brandon, their song is played on 5fm and other commercial radio stations.
He was one of the headline acts at the recently cancelled Treadfest SA, which was to be held December 2017 at Drakensburg Amphitheatre.