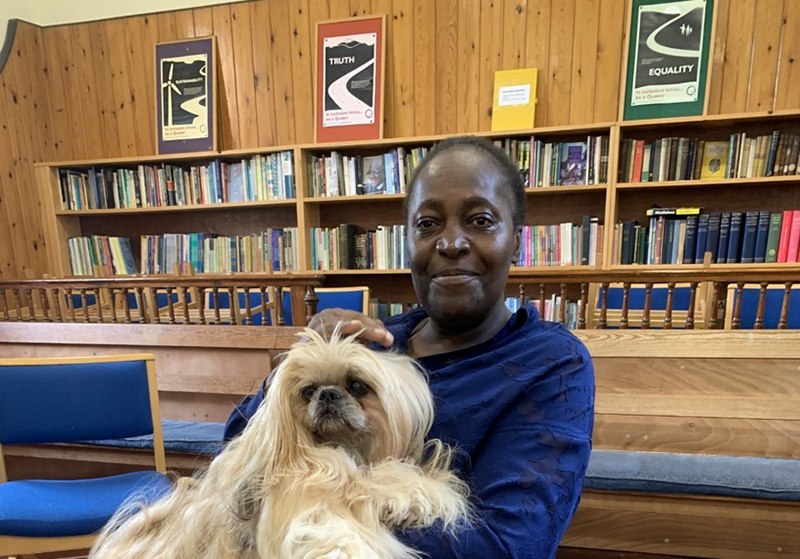 ENGLAND: Quakers in Stockton-on-Tees have rallied around a fellow Quaker who fears for her life if returned to Zimbabwe thanks to the UK government’s hostile environment for asylum seekers.

Quakers are a faith group committed to working for equality and peace. Historically, they rejected elaborate religious ceremonies, did not have official clergy and believed in spiritual equality for men and women.

Josy Sipiwe Jenje-Mudimbu, 56, who has attended Norton Quaker Meeting in County Durham since arriving in 2018, is already on crutches after a failed deportation attempt.

Now Norton Quakers have launched a petition and GoFundMe to fight the removal of their much-loved friend.

Her activism in support of LGBTQ+ rights in Zimbabwe and the UK places her at risk under current Zimbabwean policy and her barrister believes there are grounds for her to be awarded asylum.

Josy sustained a suspected fracture after resisting six enforcement operatives during the deportation attempt last month, prevented only by a successful last-minute appeal by her barrister.

A former member of Harare Quakers, since living in Stockton Josy has continued to live out her Quaker beliefs, volunteering for a drug addiction charity and the British Heart Foundation shop in Stockton.

Quakers have a long history of welcoming newcomers to these shores, and campaign for change to the government’s hostile environment towards asylum seekers.

Their Sanctuary Everywhere Manifesto of 2017 (read here) calls for migration policy to be built on human rights, compassion and practical response, rather than an assumption of disbelief.

“Our belief in every human being’s equality leads us to oppose unjust deportations and removals. We work to create a culture of compassion and welcoming hospitality to answer that of God in every person.”

Norton Quaker Mary Garrett said: “Josy is still affected by the trauma of the deportation attempt, and she lives with the knowledge that at any point, another removal could be attempted and might well be successful.

“She feels a return to Zimbabwe would be equivalent to a death sentence. We love her dearly and we are working to prevent a terrible thing happening to a kind and principled woman.”