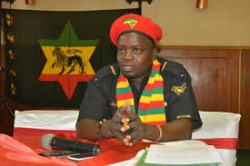 AWARD WINNING Zimbabwean raggae musician Joe Wailer recently released an album in New York targeting an international audience.
His New York based manager Theressa Kemp released the album under her evolutionary music management and promotion label that has many international artists.
Wailer got an international contract after his album, “Rise and Shine”, that was dedicated to World Cup Soccer tournament hosted by South Africa in 2010, caught the international media.
In an exclusive interview with New Zimbabwe wailer said:  “Kemp arranged for me to perform at some festivals in Jamaica where I got to share the stage with great reggae artists such as Rita Marley, Morgan Heritage and Sizzla, just to mention but a few.”
“I am blessed to have an international manager like Theresa, she has done a lot for us, my music is available in many countries where their label has agents,” he added.
“She linked me to reggae musicians in Jamaica and we are working on collaborations,” said Wailer.
He added, “The solution was recorded at Tony G’s Brainworx Studios in Harare. The eight-track album was mixed and mastered by Dr Dread for high-grade Productions.
“The album speaks about love, peace and unity.”
“I encourage Zimbabweans to unite and seek God’s solution in every problem the nation is facing through music,” said Wailer.
The reggae star described himself as a deeply spiritual person who draws a lot of inspiration from the late Jamaican legend, Joseph Hill of the group Culture.
Advertisement