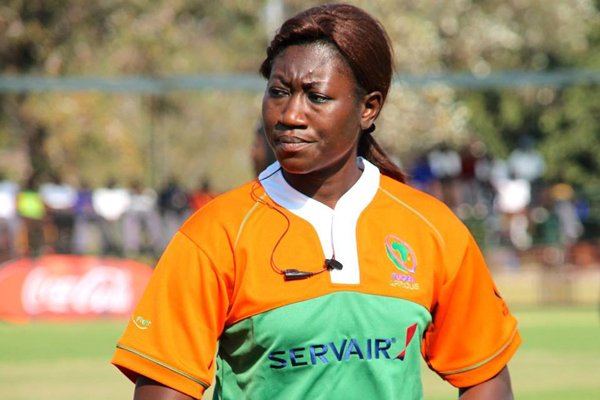 LEADING Zimbabwean female rugby referee, Precious Pazani continues to get recognition from World Rugby after she was appointed as an assistant referee for the Women’s Six Nations.

This will be the first Women’s Six Nations for Pazani and fellow assistant referee Maria Latos of Germany while Chris Assmus of Canada will make his Television match official (TMO) debut in the Championship.

Pazani will be assistant referee in the match between France and Italy on March 27 at Stade des Alpes in Grenoble.

She will return to the field on April 2, where she will be on the touch line when France takes on Ireland at Stade Ernest Wallon in Toulouse

World Rugby Match Officials Selection Committee Chairman Graham Mourie, said: “The 2022 TikTok Women’s Six Nations is a significant step for our match officials on their journey to Rugby World Cup 2021 in New Zealand and builds on recent selections for the men’s U20 Six Nations.

“Having such a large pool of match top-level officials to select from for Rugby World Cup 2021 is testament to the commitment that has been made by unions around the world to identify and develop high performance match officials, and puts us in great stead ahead of New Zealand later this year.

Pazani was in January appointed as one of the match officials for the men’s Under-20 Six Nations Championship, which started on 4 February and concludes on 20 March. She will team up with South African, Aimee Barrett-Theron as assistant referees with another South African, Adriaan Jacobs the referee when France square off with England at Stade Aime Gira in Perpignan in the final round of fixtures.