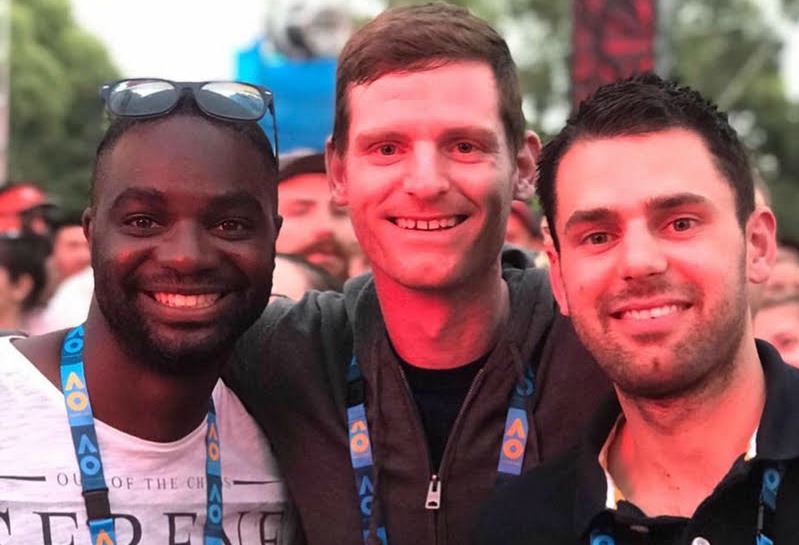 The LTA Level 5 Master Performance Qualification which is conducted by the national governing body of tennis in Great Britain is one of the most prestigious coaching badges in world tennis as only one course a year throughout the UK is held with just 12 places available.

The 33 year-old tennis coach told NewZimbabwe.com in an exclusive interview that he was delighted to successfully complete the coaching course which saw him being mentored by well-respected Canadian coach Louis Cayer.

“I recently successfully completed the two year Master Performance Qualification where we were very lucky over the two years to be tutored and mentored by world class coaches like Louis Cayer who is current Davis Cup Team for Great Britain and former Davis Cup captain of Canada,” Nembaware said.

“Cayer has also been coach to over 20 world top 50 players including Andy Murray and Jamie Murray. This makes me the first Zimbabwean and youngest to do that as I am now a Level 5 Master Performance Coach and also ATP Certified International Coach. I am currently now preparing my players for events in Denmark, some for events in Madagascar and some for events here in the UK including Wimbledon.”

“I have been in the UK for about 10 years and work and travel full time with high performance tennis players spending almost half of the year abroad at either Junior International Events or ATP/WTA events. I have worked and travelled with Takanyi Garanganga and players like Jan Lennard Struff and currently working and travelling with players like Destinee Martins, Sam Bossem who are some of the upcoming juniors for Great Britain,” Nembaware said.

Holder of an Honours Degree in Sports Management and Coaching Studies Nembaware, who is fluent in English, German, Shona and Ndebele is currently working towards a Masters in Business Administration (MBA).