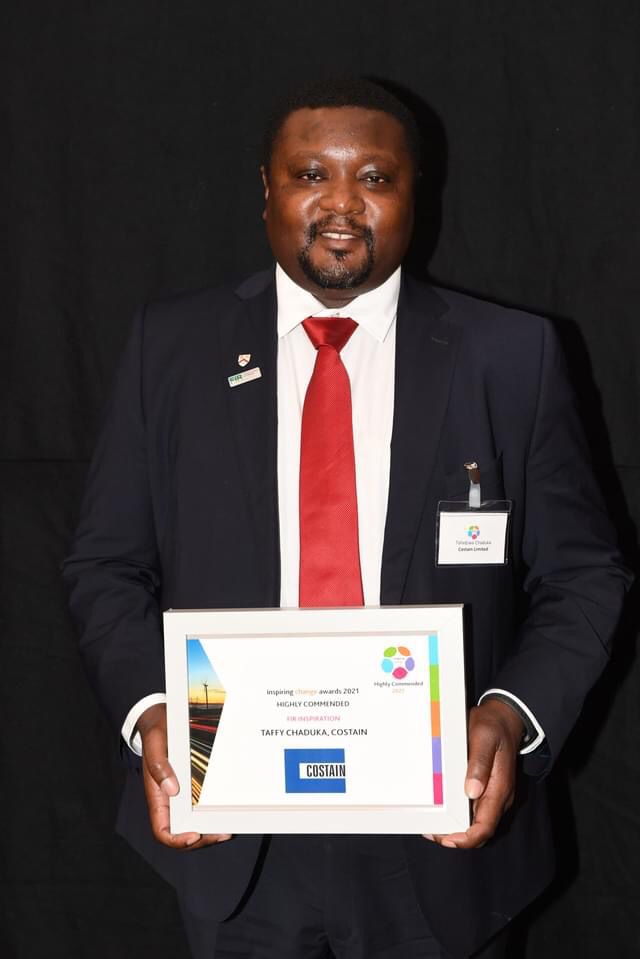 TAFADZWA Chaduka, a construction worker in the United Kingdom (UK) has been honoured for his inspiring work within the industry and creating inclusive environments for the Black, Asian and Minority Ethnic (BAME) community.

Chaduka received a certificate at a colourful Inspiring Change Awards ceremony where he was showered with praise.

“Chaduka creates allies through his work in ethnic minority network and enables conversations across the business both as a FIR Ambassador and Chair of Costain’s Religion Ethnicity and Cultural Heritage Network – REACH,” one of the judge’s comments read.

“Chaduka is helping other organisations create inclusive environments and delivering FIR training. He is admired by colleagues and was described by a colleague as a true role model to BAME individuals like myself.  He reinforces confidence that one day I can reach my potential.”