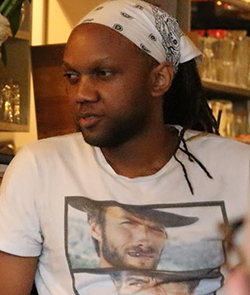 ZIMBABWEAN writer, Tendai Huchu, has been short listed for the Best Short Story in the inaugural NOMMO Awards given by the African Speculative Fiction Society, a body of African writers, editors, publishers and graphic artists.
Huchu was nominated for his short story, “The Marriage Plot”.
The shortlisted artists were nominated by members in their different categories, with the works getting the highest number of nominations making the list.
Members picked their favourite works in the four categories and the short lists consist of those works that received the highest numbers of nominations.
In the next three months, the members will vote to determine the winners for each category after which winners will be announced at a ceremony at the Ake Festival in Abeokuta, Nigeria in November this year.
“The Awards honour the best fantasy or science fiction works by Africans in four categories: Best Novel, Best Novella, Best Short Story, and Best Comic or Graphic Novel. The prize money is as follows: Best Novel: US$1000, Best Novella: US$ 500, Best Short Story US$ 500, and Best Comic or Graphic Novel: US$1000.
“Benefactor Tom Ilube has provided funding for four years of the Nommo Awards and the Award for Best Novel is named in his honour,” ASFS said in a statement.
Huchu published his first novel in 2010, titled the Hairdresser of Harare which received wide commendation. The book has since been translated into German, French, Italian and Spanish.
“His short fiction in multiple genres and nonfiction have appeared in The Manchester Review, Ellery Queen’s Mystery Magazine, Gutter, Interzone, AfroSF, Wasafiri, Warscapes, The Africa Report and elsewhere.
“In 2013 he received a Hawthornden Fellowship and a Sacatar Fellowship. He was shortlisted for the 2014 Caine Prize. His new novel is The Maestro, The Magistrate & The Mathematician,” said Masimba Musodza, the ASFS Spokesperson in Zimbabwe.
He said Huchu also appeared in the Long List of the Short Story, Novella and Novel categories, along with other Zimbabweans such as himself (for Short Story titled When The Trees Were Enchanted) and Ivor Hartmann (Short Story, Last Wave).
“Many of the selections in the Short Story and Novella categories were published by Zimbabwean Ivor Hartmann, through his Afro SF anthology series.” He saidAdvertisement

Musodza said Huchu’s nomination was a significant contribution to the first ever Nommo Awards and demonstrated the progress of Zimbabwean Speculative Fiction and the potential it had to impact on both the continent and the world at large.
“There are many stories out there, and with African Speculative Fiction getting increased attention worldwide, this is the time to tell them. I can’t help noticing the absence of Zimbabwean women writers this time.
“However, I am encouraged by the report in the Sunday Mail a few weeks ago of an 8-year old girl, Aasia Qamar Sial, who has written a story called A Vampire as A Sister,” said Musodza.
He expressed hope that more Zimbabwean voices would be heard at the NOMMO awards in addition to those who had already established their names.