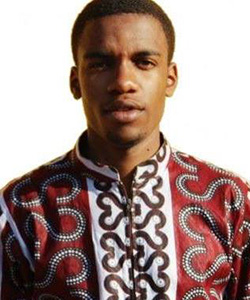 “We cannot build our country on memories, but on dreams and visions of the young.”
ZIMBABWEAN youths are as silent as the dead. They are as invisible as the air. You cannot see them in business. You cannot see them in politics. Yet they constitute over 60% of the Zimbabwean population.
It is common knowledge that Zimbabwe’s liberation struggle was fought by people who were as young as the age of fifteen. It was those young people who dropped out of school or left their jobs to get involved in the governance of their country. It was that generation that fought for the independence that we are enjoying today.
It was those ‘young, visible, and active youths’ who built the foundation of our country; but it is not the same generation that will take our country to the roof. Just because Moses led the Israelites out of Egyptian bondage did not mean that he was the same person who would lead them into the Promised Land. Moses played his part, but someone else had to come and take over from where he left, and that person was a young man called Joshua.
This is why our youths should not buy the propaganda of “we fought the liberation war, therefore we should rule”. Yes, you fought the liberation war, but hey, the war is over! We are now independent and we should now be talking about how to capitalize on that independence. The Shona have a saying which goes like “matakadya kare haanyaradze mwana”, which is loosely translated means, “The old stories of feasting cannot appease today’s hungry child”. In other words, bygones are bygones.
However, this is not to say that we should forget where we came from. We should treasure our history, but our future should be treasured more. Our generation appreciates the great sacrifice that was made by those young people of old, but right now the earnest expectation of the creature waits for the manifestation of a newer generation. Our economy is crying for freedom. Our currency is crying for freedom. Our industries are crying for freedom. Our hospitals are crying for freedom.
Our schools are crying for freedom. Our land is crying for freedom. They are all tired of the old way of doing things, and they are eagerly waiting for the manifestation of a newer generation. They are waiting for new ideas that would liberate them. Those who led the liberation struggle were once young, but they are now old. They were once strong, but they are now weak. They were once industrious, but they are now slothful. They were once visionary, but they are now myopic. Once upon a time they had dreams, but today all they have are memories. We cannot build our country on memories, but on dreams and visions of the young.Advertisement

Now is the time for our youths to make themselves visible. Now is the time for our youths to make themselves audible. We, as young people, are a city that is set on a hill, and we cannot be hidden. We cannot light a lamp and put it under a basket. Instead, we place it on a stand, where it gives light to everyone in the house.
The time has come for our young people to start up sustainable businesses. The time has come for our young people to occupy the corridors of power. It’s time to steer our ship in the direction that we want it to go. We have the demographic advantage. We have the energy. We have the ideas. We should learn from the example left by the young people of old, and take the initiative. We should be bold and daring to embark on new ventures.
The old ideas that were used to liberate our country cannot be used to develop our country. We need new ideas. Fresh minds. New wine. New bottle skins. We cannot continue saying, “The old is better”, when we have never tasted the new.
Zimbabwe needs new politicians, new legislators, new senators, new doctors, new lawyers, new bankers, and new leaders of industry, to build a new Zimbabwe. Our youth should not be visible only in entertainment and religious circles, but also in politics. It’s all right for Christians to talk about the New Jerusalem, but one day, we must talk about the New Zimbabwe.
Lisbon Tawanda Chigwenjere is a Level 4.1, Politics and Public Management, Midlands State University and Former Intern at the Youth Empowerment and Transformation Trust.