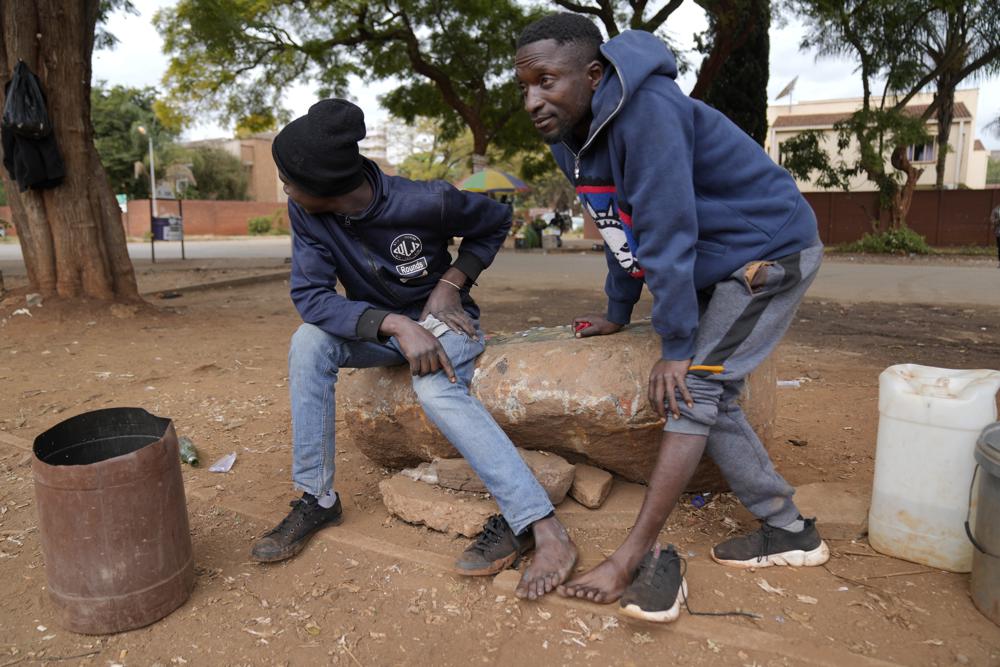 By Farai Mutsaka I Associated Press

HARARE: Battling rampant inflation, Zimbabweans are counting their toes as they struggle to buy food for their families.

An internet rumor blazed through the country that desperate people were selling their toes for cash. The false report became so widespread that the country’s Deputy Minister of Information Kindness Paradza visited street vendors in central Harare earlier this month to debunk it.

One-by-one the traders took off their shoes to show that they had all 10 toes, as Zimbabwe’s state media recorded the digital investigation.

Paradza declared the toes-for-money story a hoax, as did local and foreign fact-checkers. Police later arrested a street vendor who now faces a fine or 6 months in jail on charges of criminal nuisance for allegedly starting the story.

It’s starkly true, however, that Zimbabweans are finding it increasingly difficult to make ends meet. Since the start of Russia’s war in Ukraine, Zimbabwe’s inflation rate has shot up from 66% to more than 130%, according to official statistics.

The war in Ukraine has exacerbated inflation rising around the world. Consumer prices in the 19 European Union countries that use the euro currency surged 8.1% in May, a record rate as energy and food costs climb. In the U.S. and the United Kingdom, annual inflation hit or was close to 40-year highs of 8.3% and 9%, respectively, in April. Turkey approached Zimbabwe’s eye-watering prices, with inflation reaching 73.5% in May, the highest in 24 years.

In Zimbabwe, the impact of the Ukraine war is heaping problems on the already fragile economy. The war “coupled with our historical domestic imbalances, has created challenges in terms of economic instability seen through the currency volatility and spilling over into price volatility,” Finance Minister Mthuli Ncube told Parliament in May. 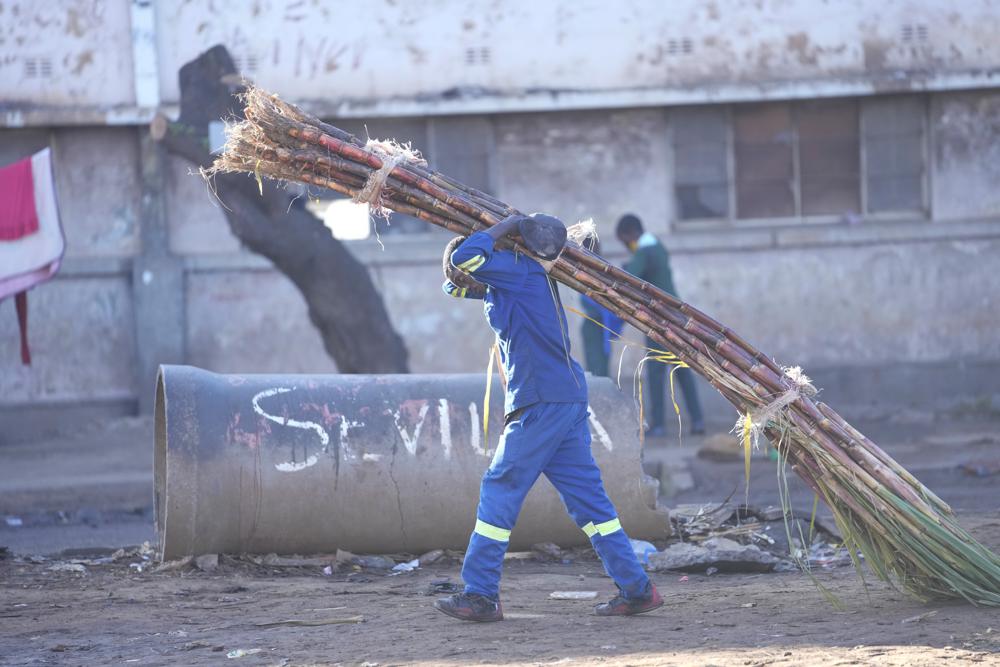 Teachers “can no longer afford bread and other basics, this is too much,” tweeted the Progressive Teachers Union of Zimbabwe in early June. The three largest teachers’ unions are demanding the government pay their salaries in U.S. dollars because their pay in local currency is “eroded overnight.”

“Because of high inflation, the local currency is collapsing,” economic analyst Prosper Chitambara told The Associated Press. “Individuals and companies no longer trust the local currency and that has put pressure on the demand for U.S. dollars. The Ukraine war is simply exacerbating an already difficult situation.”

Many fear Zimbabwe could return to the hyperinflation of 2008 which reached 500 billion%, according to the International Monetary Fund. At that time, plastic bags full of 100 trillion Zimbabwe dollar banknotes were not enough to buy basic groceries.

The economic catastrophe forced then-President Robert Mugabe to form a “unity government” with the opposition and adopt a multi-currency system in 2009 in which US dollars and the South African rand were accepted as legal tender.

The U.S. dollar continues to dominate with prices in local currency often benchmarked to the rates for the American currency on the flourishing illegal market, where most individuals and companies get their foreign currency.

Across the country, currency traders line the streets and crowd entrances to shopping centres waving wads of both the local currency and U.S dollars.

Many Zimbabweans who earn in local currency such as government workers are forced to source dollars on the illegal market, where exchange rates are soaring, to pay for goods and services that are increasingly being charged in U.S. dollars.

Retailers said the rising rates for U.S. dollars on the illegal market are forcing them to frequently increase prices, often every few days, to allow them to restock.

Ordinary Zimbabweans are returning to coping mechanisms they relied on during the hyperinflationary era such as skipping meals. Others now buy food items in smaller quantities, sometimes in such tiny packages they are enough for just a single meal. Locals call them “tsaona,” meaning “accident” in the local Shona language.

Promising better days ahead, Ncube, the finance minister, said the government “will not hesitate to act and intervene to cushion against price increases and exchange rate volatility.”

Many are skeptical of such vows from the government, saying nothing short of a miracle will pull Zimbabwe out of its economic crisis. Even while coping with constantly rising prices, many can’t help making grim jokes about the situation.

“I still have all my toes intact but it wouldn’t hurt selling one,” chuckled Harare resident Asani Sibanda. “I could still walk without it, but my family would at least get some food.”