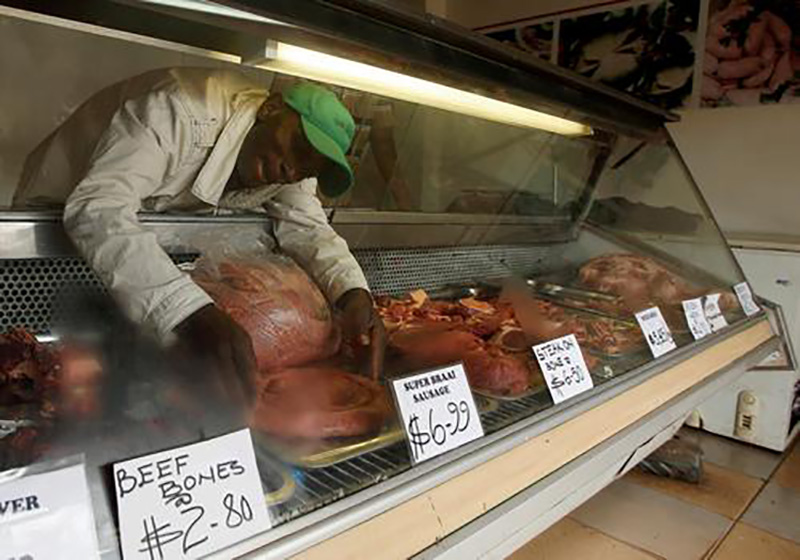 HARARE: Basic commodities have started disappearing from Zimbabwean shops shelves, forcing people to hoard products as panic and a buying frenzy sets in.

From beer, bread, cooking oil and other essentials, the fear of a return to the empty shelves of 2008/09 is forcing shoppers to prepare for what might be a looming disaster.

Retailers have confirmed they are already grappling with a “panicky market”.

“There is panic in the market and unnecessarily so. We are actually urging the public not to buy more than what is necessary for their consumption because there is really no need,” Confederation of Zimbabwe Retailers’ Association president Denford Mutashu said.

“The issue of production remains the key focus and even if people panic and horde, we should, in a normal situation, be able to replenish stocks.”

He said Vice-President Constantino Chiwenga was fronting discussions between retailers and manufacturers.

“We are in constant discussions with suppliers and this initiative is being spearheaded by Vice-President Chiwenga. Our wish is to make sure the productive sector gets the necessary support from government,” Mutashu said.

“But we are also urging the Ministry of Industry to be on the look-out for key commodities and where there are gaps, to make sure these are plugged using imports. It is not something we would want, but it should be a short-term measure to deal with the situation we have now.”

However, reports suggest that Chiwenga had taken ill on Monday.

Mutashu added: “As things stand, we have challenges with flour availability and in the past two days, bread supplies have dwindled, causing shortages in the market.”

“There is uncertainty regarding what policies will be announced and how these will affect the business environment,” he said.

“Manufacturers are unsure of how to price their products and there has also been lower allocation of foreign currency to industry. But the biggest problem is uncertainty.”

Economist Prosper Chitambara said the black market premium on foreign currency was fuelling the mayhem in the market and was being exacerbated by the general lack of confidence.

“There are a lot of uncertainties, a lack of confidence as well as trust, which is negatively affecting macro-economic fundamentals,” he said.

“We have seen a ballooning of the black market rates in the past few days and those rates now hovering around 120% (US to transfer), making it more difficult for manufacturers to access hard currency for critical inputs.”