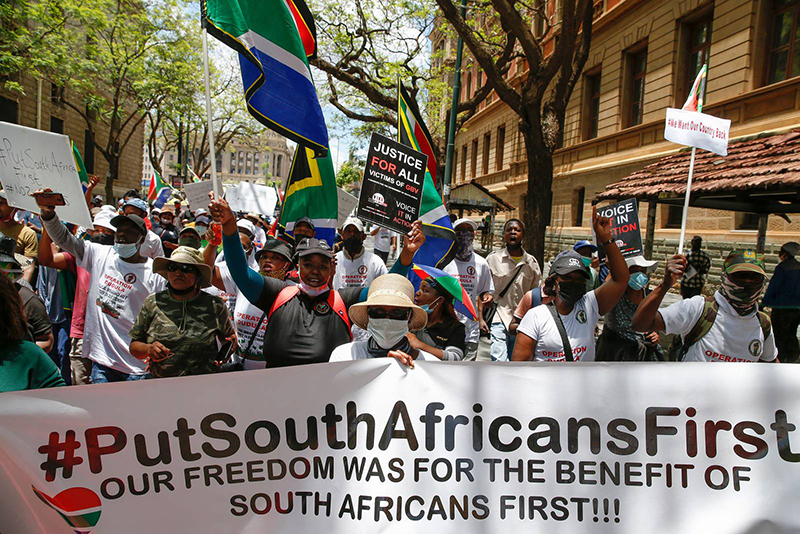 Tens of thousands of Zimbabweans living in South Africa are facing deportation to their crisis-ridden homeland from January if legal challenges fail to halt a government decision to discontinue their residency permits.

Last November president Cyril Ramaphosa’s cabinet announced it was discontinuing the Zimbabwe exemption permit, which was introduced over 10 years ago to give legal protection to Zimbabweans to live, work and study in the country.

The special dispensation was introduced in 2009 to regularise the status of an ever-increasing number of refugees fleeing the economic and political turmoil that gripped Zimbabwe under the then president, Robert Mugabe.

After the cabinet’s decision, South Africa’s home affairs minister Aaron Motsoaledi said the permit had not been created to allow Zimbabweans to stay in the country indefinitely, but rather was a temporary solution to a burgeoning refugee crisis.

The estimated 178,000 Zimbabweans residing in South Africa on this permit, which has been renewed three times, have been urged by the government to seek different categories of visa to remain in the country.

But for many of the affected, trying to secure a visa is proving extremely difficult due to inefficiencies and corruption at the department of home affairs, which is grappling with a massive visa application backlog.

Adding further to the uncertainty is that many Zimbabweans work in unskilled jobs, and they are unlikely to qualify for an exemption or special skills visa that would enable them to remain in South Africa legally.

Rights groups have warned the discontinuation of the Zimbabwe exemption permit will only add to South Africa’s already considerable migration challenges, as many additional people who have built lives in the country will become illegal aliens come January 1st.

Indeed, they will be swelling the ranks of hundreds of thousands of undocumented Zimbabweans already living in South Africa who entered illegally through the porous land border that separates the two nations.

According to official estimates about 2.9 million migrants were living in South Africa in 2020, making the country with a population of 60 million the main immigration destination on the African continent.

Since June two rights organisations have announced they are taking the South African government to court before year-end in a bid to fight its decision to discontinue the Zimbabwe permits.

The first to do so, the Helen Suzman Foundation, has said the permit’s termination would turn its holders into undocumented migrants and force many to return to Zimbabwe where they would face similar conditions to what they had originally fled.

Foundation chief executive Nicole Fritz has said the other forms of residency permits that Zimbabweans are being urged to pursue are just “illusionary options” as most people will not qualify for them.

“Sending asylum seekers and refugees back to Zimbabwe will expose them to persecution in stark violation of South African law and international law,” ZIP reportedly said in papers it filed in court on the matter.

However, senior African National Congress official Lindiwe Zulu told the media last month during the ruling party’s policy conference that ultimately countries must take care of their own people.

“When it comes to the issue of home affairs, you were saying maybe we are sending Zimbabweans back to starve,” said Zulu, adding “As the ANC, we believe all countries need to take responsibility for their citizens”.

There are also concerns that newly vulnerable Zimbabweans in South Africa will become a lightning rod for xenophobic violence, which regularly erupts in areas of the country where the poor are competing for scarce resources and jobs.

The UN experts said discrimination against foreign nationals in South Africa has been institutionalised both in government policy and broader society.

The head of justice and violence prevention at South Africa’s Institute for Security Studies, Gareth Newham, said it was unclear why the government had decided to act now to ban the Zimbabwe exemption permit.

He said it was apparent that the officials and politicians behind the move did not properly think through the consequences of their actions.

“If they had, they would have come to the conclusion that the state does not have the resources or manpower to deal with what increasingly looks like a chaotic situation in the making.

“The police cannot be chasing people who do not have a piece of paper when the rates of murder, robbery and corruption are going through the roof in South Africa,” he concluded.