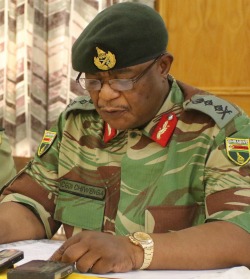 THE palpable elation at the departure of Robert Mugabe has suddenly evaporated amid gasps of disappointment and disbelief. President Mnangagwa’s eagerly awaited cabinet has turned out to be a coterie of criminals.
The anticipated inclusive cabinet with new blood, technocrats, and an infusion of youth has not eventuated. Instead we have a combination of familiar, corrupt faces and military officers. For ZANU PF, it is “steady as she goes”… the ship of state is set on its course.
Zimbabweans have been conned! Their unbounded optimism that a new era had dawned has dissipated like the morning mist as hard reality appears above the horizon.
The hard reality is that, in what Eddie Cross has called “slick, totally ruthless operation that had all the hallmarks of Emmerson Mnangagwa”, the military and the war veterans cleverly manipulated the emotions of the people and invited them onto the streets in order to give a semblance of legality to the coup that was not a coup.
That was no spontaneous popular uprising. The people were manipulated and exploited by those in power.
The hard reality is that ZANU PF and the war veterans used the military to get rid of Mugabe and to tighten their grip on power. And power is what it is all about. The triumvirate of ZANU PF, the military and the war veterans that has deposed Mugabe has a vision of a Zimbabwe ruled by ZANU PF forever.
Mugabeism is dead but ZANU PF has not passed away. Mugabe had lost the people and was leading ZANU PF to destruction. Mnangagwa’s brief is to steady the ship of state on a course to economic recovery and to win back popular support while ensuring the continuance of ZANU PF rule.
Zimbabwe is not a one party state and ZANU PF requires a strategy to maintain the dominance and a grip on power that it has achieved. So how might ZANU PF’s strategy to maintain power work in a democratic Zimbabwe?
A recent book by Australian political scientist John Keane, When Trees Fall, Monkeys Scatter, examines how the Chinese Communist Party continues its unbroken rule of 68 years despite numerous predictions that the system would fail. His analysis reveals eerie parallels to the Zimbabwe situation and explains how adaptability and responsiveness have replaced rigid authoritarianism to maintain the party in power. What would happen if Keane’s model were applied to government in Zimbabwe?Advertisement

The key for ZANU PF would be to draw heavily on the tools of democracy. The party would use voting, elections, and opinion polls widely and constantly, employing numerous polling agencies and cutting-edge methodologies to read public opinion and mood.
Local communities would elect their own leaders. Local and regional governments would conduct votes on matters like proposed developments, parking regulations, and environmental protection laws.
Rather than keeping the lid on everything, the party would use the internet as an early warning device keeping ZANU PF leaders abreast of trends in internet chatter in real time and enabling them to prepare considered responses to fomenting issues.
The Ministry of Information, Communication, Technology and Cyber Security would become much more than the ‘Ministry for WhatsApp’ as the party monitors public opinion and the public mood by intensively surveying the internet. This will not just be censorship to crack down on organised dissent, it will be proactive by conducting wide-ranging online forums and debates, even live-streaming them.
In short, ZANU PF would use democratic methods not to grant democratic freedoms but to create a pseudo-democracy in which it would manage public grievances, respond to public concerns and pre-empt mass dissent in order to maintain its grip on power.
Responsiveness would be the key to ZANU PF’s strategy and Zimbabwe would become a “respondocracy”.
Could this really happen? Would it work in Africa? Just look next door… Botswana has been a respondocracy for 51 years and they change their leadership every ten years without fail.
The opposition in Botswana is strong but not strong enough to rule because the respondocracy takes on board sound opposition policies and ideas and implements them before the next election. The end result is that opposition thinks while government implements. The BDP retains power and the ordinary Batswana are happy. Is that what we want for Zimbabwe?
ZANU PF may have ruled Zimbabwe for the past 37 years but they have forfeited any moral right to govern. Do we want our country to continue to be run by a corrupt cabal of thieves and murderers that operates with impunity and an arrogant sense of entitlement? We must continue to fight to remove this blight from our land if we truly want a free, democratic and prosperous Zimbabwe.
Enthusiasm for the new President has waned since he selected a cabinet packed with ZANU PF dinosaurs. His appointment of generals to the ministry confirms that there really has been a military coup.
Neither at home nor abroad is he seen to be returning the country to democracy and the rule of law as will be necessary to gain the assistance of the international community to restore the economy. The prevailing sentiment seems to be to stand back and wait to see what happens…
So right now there is a hiatus in Zimbabwe. The opposition must make the most of this opportunity to act decisively by forming a united coalition to contest the election in eight months’ time.
The coalition must of necessity be built around the largest established opposition party but Morgan Tsvangirai must resign immediately. ZANU PF correctly sensed that the electorate would not vote for an ageing leader who was clinging to the Presidency. Neither will the people vote for a sick man who is desperately clinging to leadership.
Thokozani Khuphe must put the people before her personal ambition and throw her support behind Nelson Chamisa. By doing so, she will unify her party and likely swing the decisive youth vote behind the young leader.
If we are to have any chance at all, Nelson Chamisa must step forward to quickly rally the disparate opposition parties into one cohesive force. He must broaden the appeal of the coalition by transforming the MDC Alliance into the Zimbabwean Alliance and lead a truly united opposition into the election.
There is not a moment to be lost!
Tapson Muchena is an academic and a keen observer of the Zimbabwe situation. He can no longer remain silent. Email: tapson.muchena@gmail.com. Twitter: @TapsonMuchena