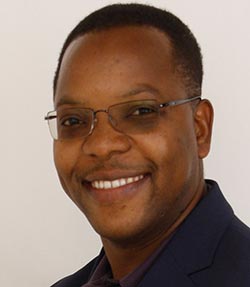 A FEW days ago, NewZimbabwe.com published an article entitled “GMOs remain banned in Zim, Made” in which the Agriculture, Mechanisation and Irrigation Development Minister Joseph Made told journalists that “production and sale of products containing GMOs remained banned in the country”.
As a Zimbabwean academic who has been working on this topic for a number of years, I feel compelled to correct some misconceptions about GMOs that I found in this Minister Made’s position.
Yes, GMOs are banned in Zimbabwe but they are all over our supermarket shelves.
Minister Made points out that GMOs are still banned in Zimbabwe. This gives the false impression that GMOs are not consumed in Zimbabwe.
However, if you walk into any supermarkets or grocery store in Zimbabwe you will notice that most of the food products are imported from South Africa. Most of these products contain ingredients from GMO crops. Yes, we have been eating GMOs.
Presently about 90% of maize and soybeans grown in South Africa is GMO.  Nearly 100% of cotton, from which cotton seed oil is made, is also genetically engineered.
Zimbabweans should know that almost all food products from South Africa that contain maize, soybean, cotton seed oil are GMOs (unless otherwise specified on the label).
These products include commonly consumed foods such as mealie-meal, breakfast cereals, snacks, and confectionaries. These products are imported daily from South Africa in spite of the said ban.
The ban of GMOs in Zimbabwe seems to apply only to the growing of genetically modified crops. Consequently, we are putting our farmers and food manufacturers at a disadvantage by making them compete with South African imports without allowing them access to the same technologies that lower production costs and maximize yields.
Yes, GMOs have been studied extensively and found to be safe.
The article also reports that “in defending the ban on GM products, authorities argue that no conclusive studies have been carried out especially on their effects on health.”
This could not be further from the truth. GMO crops have been subjected to more testing worldwide than any other new crops. They have been declared as safe as conventionally bred crops by scientific and food safety authorities worldwide.Advertisement

For example, the European Union has invested more than €300 million in research on the biosafety of GMOs.
The recent EU report concludes that more than 130 EU research projects, covering a period of more than 25 years of research and involving more than 500 independent research groups, show that consuming foods containing ingredients derived from GM crops is no riskier than consuming the same foods containing ingredients from conventional crops.
Such well-known organizations as the World Health Organization, the American Medical Association, the U.S. National Academy of Sciences, and the European Food Safety Authority have come to the same conclusion.
To date, not a single case of allergy, illness, cancer or death has been shown to be associated with foods derived from GMOs, despite the fact that they have been consumed by billions of people for nearly two decades.
To sustainably feed an ever-growing population, Zimbabwe should take advantage of every technology that safely improves efficiency in food production. GMOs have been extensively tested and found to be as safe as conventional crops. They are being adopted worldwide because of their benefits to farmers and consumers.
With all due respect to Minister Made, Zimbabwe should base its agricultural policies on science and not hearsay. Zimbabweans are already eating GMOs and any concerns about their safety have no scientific merit.
Edward Mabaya is the Assistant Director of the Cornell International Institute for Food, Agriculture and Development and Research Associate in the Charles H. Dyson School of Applied Economics and Management at Cornell University in New York.  He Hails from Mutare.