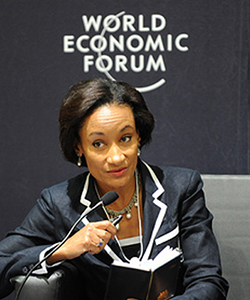 ZIMBABWEANS Ngoni Kudenga and Herbert Mashanyare were on Tuesday ejected from Mwana Africa’s board of directors at the resources group’s extraordinary general meeting in London.
The meeting also saw most resolutions requisitioned by minority shareholders of the company carrying the day.
Scott Morrison, Mark Wellesley-Wood, Oliver Barbeau and Anne-Marie Chidzero were appointed non-executive directors in place of Kudengaand Mashanyare, Stuart Morris and Johan Botha after the latter two quit last Friday.
Resolutions to eject Morris and Botha were withdrawn as a result, as was the resolution urging Mwana Africa to resolve the differences of opinion with Yat Hoi Ning and China International Mining Group Corporation (CIMGC).
CIMGC and Ning withdrew their court action on Monday when the later was appointed interim chairman of the group following the resignation of Morris, who was serving in similar capacity.
“It has been a turbulent period for the company. Shareholders have spoken and the company fully respects their views,” Ning said after the EGM.
“We will now ensure that the company is in a position to capitalise on its strong operational performance achieved in the first half of the financial year.
“It is important to remember that the fundamentals of the business remain strong and with this issue now behind us, the new Board will come together to drive the company forward.”
The previous Mwana board had vigorously opposed the requisition by the minority shareholder group, led by Ian Dearing and others holding about 5,1 percent of Mwana’s issued share capital, with chief executive Kalaa Mpinga calling it a waste of time.
The minorities alleged failed corporate governance at the company and the poor performance of Mwana’s share price as grounds for a change in the board.
“Shareholders have invested in excess of £200m to fund the Company’s operations and acquire assets since its inception. The Company’s current market value is approximately 10-15 percent of this investment,” the minorities said in the requisition.
“When a company underperforms so badly, shareholders should have the right to call board members to account.”
Wellesley-Wood was removed as chairman in February last year, five months after succeeding Oliver Baring who retired in September 2013 and before the EGM,.Advertisement

The Mwana board said Wellesley-Wood did not fit into its corporate culture or share the company’s strategic vision.
The resolution to bar the directors of Mwana from entering into “any unconditional agreement to acquire or dispose of any major asset without previously disclosing the details thereof to the members of the company a reasonable time before any agreement becomes unconditional” was rejected.