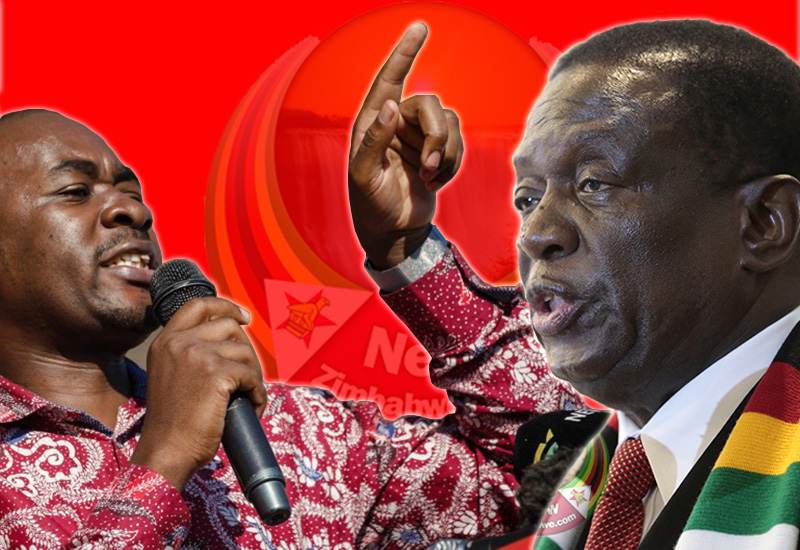 LEADER of the National Constitutional Assembly (NCA) Lovemore Madhuku says Zimbabweans were yet to see any meaningful development in their country after voting massively for President Emmerson Mnangagwa and MDC Alliance leader Nelson Chamisa in 2018.

Addressing NCA members in Kwekwe recently, Madhuku said it was time Zimbabweans found an alternative political party as Mnangagwa and Chamisa had proven they were unable to create development for citizens.

Chamisa still insists he emerged winner of the July 2018 presidential election and accuses the Zimbabwe Electoral Commission (ZEC) of rigging the results in favour of Mnangagwa.

“People voted for Mnangagwa and Chamisa in 2018 elections. These were the main contenders in the elections since they polled more votes than any other leaders on the ballot,” said Madhuku who also contested in that presidential election.

He added it was a waste of votes cast for Mnangagwa and Chamisa.

“Those who voted for Mnangagwa, what can they really say they voted for? The economy is now in worse shape. People are now suffering more while those who voted for Chamisa, it was a vote which has gone to waste again,” said Madhuku.

“Besides giving Chamisa prestige that he gained a considerable number of votes, and inflating the vote figures and vote-rigging claims, there is nothing much he can do for the people as he is not in power. So voting for those two didn’t change the prospects of Zimbabweans.”

He added Zanu PF and the MDC Alliance did not serve the interests of the people.

The law expert said in 2023, voters must not vote for a party but for one that has the capacity to ensure there is development.

“In Manicaland where I come from, there is an MP for Mutare Central Innocent Gonese. Gonese has been in Parliament since 2000 but he has done nothing for the people of Mutare for all those years. He even wants to contest in the 2023 elections. The Zimbabwean electorate must be better than that,” he said.

He told party members the NCA was going to offer an alternative leadership in the 2023 elections.