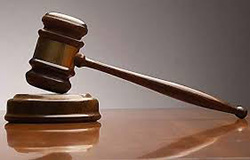 THE spat of levies being introduced by government, the latest of which is the recent gazetting of a farm levy on A1 and A2 resettled farmers, is a sign of bankruptcy, lack of foresight and planning that reigns supreme in the Zanu PF government.
It is ironic that Zanu PF is only finding it necessary now to tax these farmers, after all these years of parceling out land to buy their votes and in the process allowing the agricultural sector to deteriorate to unmanageable levels.
This culture of levies is itself a sign that Zanu PF Ministers and parliamentarians do not care at all about improving the standard of living of ordinary people in Zimbabwe. All they want is to milk the suffering citizens until they have nothing left. It does not make any sense to have the suffering masses being saddled with so many exorbitant levies while still paying all the normal taxes.
Of late we have seen many Zanu PF Ministers and MPs falling over each other with proposals of how they can further milk the people of Zimbabwe to cover for government’s failures.
Zanu PF Buhera Central MP, Ronald Muteredzwa suggested a few weeks ago that a Paternal Levy should be introduced to cater for street kids and vagrants. This suggestion is irrational as that responsibility falls on the Ministry of Public Service, Labour and Social Welfare. Part of the budget allocation in that Ministry is meant for the care of the disadvantaged in our society such as the disabled, street kids, vagrants and others.
As we speak, the Ministry of Primary and Secondary Education is set to introduce a building levy on all school children for the construction of teachers’ houses. This is despite the fact that more than 90 percent of the population is unemployed and parents are already overburdened and struggling to feed and take their children to school.
Not to be outdone, the Minister of Youth, Indigenisation and economic Empowerment Patrick Zhuwao is also pushing for a 10 percent empowerment levy on companies to fund the indigenization programme.
This proposed empowerment levy an unfriendly policy that increases the cost of investing in Zimbabwe. The end result is zero foreign investment for the country. Mathematically this levy and its yield can be expressed as follows: 0(Foreign Direct Investment) + 0(Foreign Companies Operating in Zimbabwe) X 10% = USD00.00.Advertisement

The Transport and Infrastructural Development Ministry has also proposed a passenger arrival levy at all the country’s points of entry.
Already, the few Zimbabweans in the formal sector are grappling with levies which include the Aids levy, PAYE, Tourism levy, Standard Development Levy, and Zimbabwe Manpower development Levy, among many others. Workers who are currently in formal employment are only 10% of the total workforce while the rest are into informal employment.
What is required is a government that will ensure that all ministries are transparently run through their budget allocations and supplemented by soberly thought out levies where there is need. Focus should be on growing the economy so that more people get formal employment and are better placed to contribute towards the country’s fiscus.
If elected into power, an MDC government led by Professor Welshman Ncube will create a conducive environment for the business sector to make profit and pay taxes. The MDC government will also come up with investor friendly policies that will encourage both local and foreign investment.
The end result will be more revenue generated through expanded tax base and allocation of adequate budget to the various ministries.
Ilos Nyoni is an MDC National Executive Member.