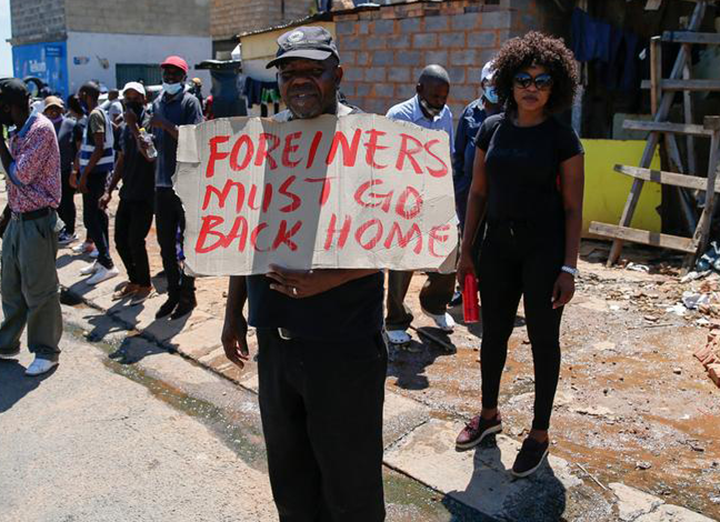 By The Citizen (SA)

SOUTH AFRICA: Members of Operation Dudula have been chasing away immigrants from the Jeppe Clinic in central Johannesburg. The provincial department of health says it is not aware of this.

On Monday, GroundUp saw people in Operation Dudula T-shirts protesting inside and outside the clinic, telling immigrants to leave and get healthcare in their countries of origin. Several people we spoke to said they had not been able to collect their medication or keep their appointments.

Members of Operation Dudula harassed immigrants outside several Gauteng clinics last year, including Hillbrow and Kalafong in Tshwane. The current focus appears to be Jeppe Clinic.

“Dudula said I must go back to my country and give birth there,” Wema Musa, who is eight months pregnant, told GroundUp. “This is not easy because my husband and I live here and he is working. I desperately need to attend the clinic for my baby’s sake.

At the beginning of last week, a friend took her to Jeppe Clinic and she was asked to come back for tests last Friday. But she arrived to find Dudula members blocking the clinic and was turned back. On Monday she managed to get inside but she says Dudula members came in on and ordered all immigrants out. On Tuesday, the same thing happened. 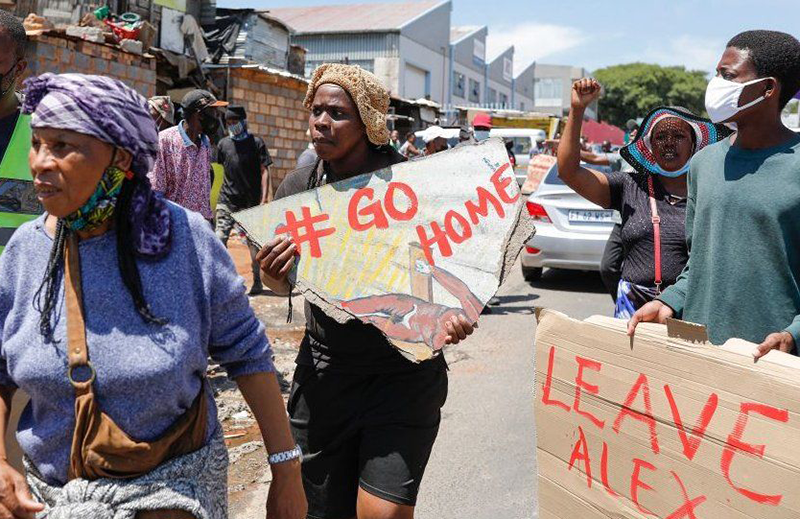 ALSO READ: ‘I stand by my words’: Limpopo Health MEC says SADC countries must pay for their citizens

Musa needs a card from the clinic which will enable her to be admitted at the hospital when her time for delivery comes. She also needs to take iron tablets required by pregnant women which are offered at the clinic, but has not yet received prenatal care.

‘Things are not good back home’

Neither she nor her husband can speak English nor any South African languages, and she relies on other people to translate for her.

“Things are not so good, back home in Malawi. I was hoping to deliver my baby here in South Africa without any hassles,” Musa said.

Violet Ncube, from Zimbabwe, says Dudula members ordered her out of the clinic last Friday when she went with her three-year-old granddaughter, who was suffering from flu and a fever.

“Dudula came in and demanded that all foreigners must go out and that only South Africans could receive treatment.”

She says some people were assaulted by members of the group.

Ncube went home with the child. Her son went back later to demand that the child be treated, and he was given medication.

“Accessing medical care for us immigrants is no longer easy because Dudula shows up at the clinic. It’s as if they have people who call them when migrants come into the clinic, alerting them to come and chase people away,” says Ncube.

She says even when immigrants speak a local language, sometimes “the accent or type of clothing gives us away”.

“Some of our neighbours are now avoiding the clinics,” says Ncube.

Ethel Musonza, from Zimbabwe Isolated Women in South Africa (ZIWISA), confirmed that Operation Dudula was turning people away from the Jeppe Clinic.

“We have immigrants suffering from chronic illnesses such as HIV, high blood pressure, diabetes and other illnesses being unable to access medication ever since Dudula started preying on immigrants in the clinics. We are having to ask for those who have extra tablets to help others.”

“Chasing people away from healthcare on the basis of their nationality is completely inhuman, unfair and illegal,” said Claire Ceruti from KAAX.

“The law is clear that everyone has the right to healthcare whether or not they have papers. It is disgusting for anyone to be denying people who are already vulnerable access to healthcare.”

Ceruti said the healthcare crisis in South Africa would not be solved by denying immigrants access.

“Groups like Dudula should look at the root causes of the health crisis,” said Ceruti.

GroundUp spoke to another immigrant who gets her HIV medication at Jeppe clinic. On Monday and Tuesday she had to go back without her anti-retroviral treatment. Now, she says, she has run out.

WATCH: MP calls for Zimbabwe health minister to be summoned to parly after Dr Phophi’s video

“I have tried to ask other people to share their tablets with me but it can’t be easy for anyone to do that, knowing that their lives depend on the medication.”

Asked for comment, spokesperson for the Gauteng Department of Health Foster Mogale said the Department was not aware of particular facilities which were being targeted by Dudula.