ZIMBABWEANS Thursday took to the Rolls Royce social media pages to vent their frustrations with the British car maker for creating an automobile with weaker safety properties exposed during a road crash that killed their much-loved compatriot Genius Kadungure and three friends last Sunday.

This was after the firm had proudly posted on its pages, its new invention in a Rolls Royce Wraith which costs about half a million dollars.

Ginimbi had two of the luxury vehicles which he occasionally flaunted with others in his pricey car collection.

One of his Rolls Royce cars was involved in a head on collision with a Honda Fit, veering off the road to hit a tree and bursting into flames almost instantly.

Coincidentally, the businessman and socialite had posted a video a day before his tragic death, flaunting the car.

Three of Ginimbi’s friends, Michell Amuli aka Moana, Limumba Karim and Alicha Adams were burnt beyond recognition in the accident that happened on the northern fringes of Harare.

The suitability of the car was immediately put into the spotlight with angry Zimbabweans questioning the safety of the vehicle.

Zimbabwean demanded answers on how a very fancy car which is believed to have special safety features could just burn to ashes like paper. 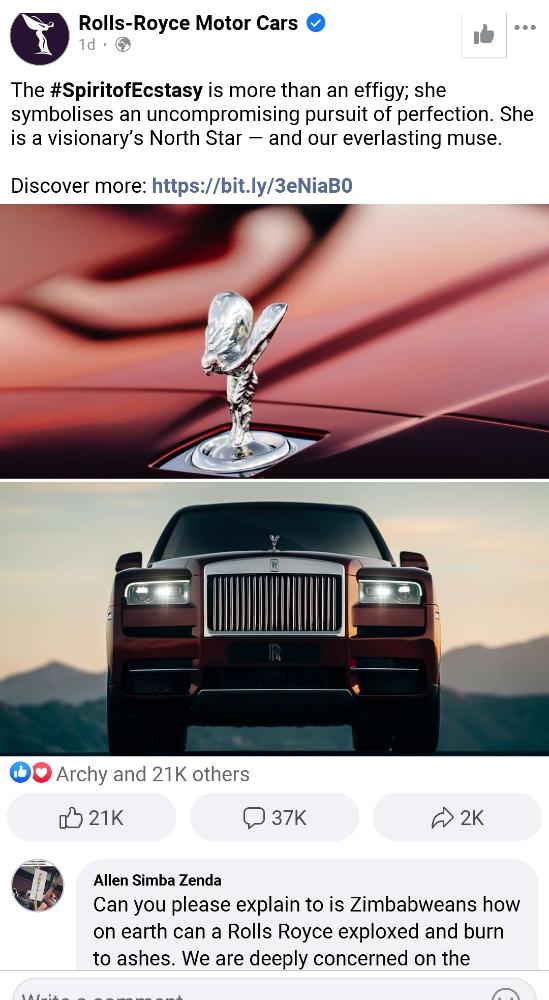