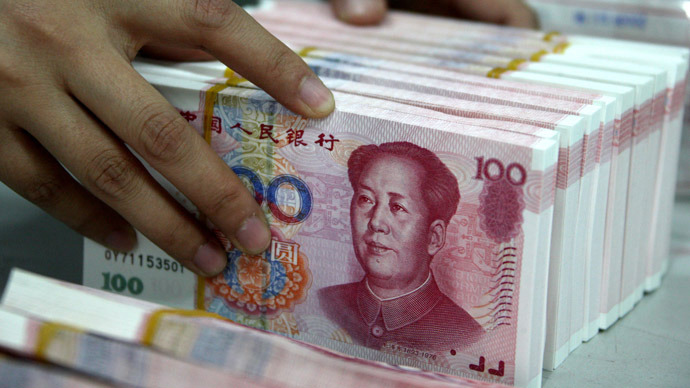 CONTRARY to reports in the state media, analysts say you’re unlikely to see a flood of Chinese bills on the streets of Zimbabwe anytime soon.
After Tuesday’s announcement that the country would be adopting the yuan as legal tender, headlines around the world proclaimed it as a step in China’s economic conquest of Africa and its slow march toward becoming a world reserve currency.
But African analysts rolled their eyes at what they say is more of a publicity stunt by one of the world’s economic basket cases than a deal with real consequences on the ground.
“The Mugabe government has a pattern of big announcements that are supposed to flag how important their relationship with China is,” said Deborah Brautigam, a professor of Political Economy and Director of the China Africa Research Initiative at Johns Hopkins University.
“But China is much more important to Zimbabwe than Zimbabwe is to China.”
Finance minister Patrick Chinamasa said the Chinese yuan (also known as the renminbi) would be legalized for everyday use in exchange for the cancellation of US$40 million in debt. But neither side of this supposed deal is really what it seems.
The yuan has technically been approved for use in Zimbabwe since 2014, when it was added to the basket of currencies in use.
The Zimbabwean dollar was abandoned in 2009 amid record hyperinflation that produced the comical and nearly worthless 100 trillion dollar bill (that’s 15 zeros).
“Yuan was included in the so-called multi-currency system a couple of years ago. It’s nothing new,” John Roberston, a professor of economics at the University of Zimbabwe, told Al Jazeera television.
But because there is so little trade between the countries, there are few paths to get yuan into Zimbabwe, leaving the U.S. dollar and the South African rand dominant among the eight official currencies.
No Yuan future
“There is no yuan circulating in the country,” said Robertson. “It’s a strange situation now as the yuan has no future at all.”
The supposed debt relief offered by China is also a bit of a mirage. Rather than loans from the central bank, the money forgiven this week was overdue principal on a zero-interest loan — vehicles China has been using as a form of foreign aid, said Brautigam.
“They pretty much regard these as a writeoff anyway,” she said, adding that the announcement wouldn’t affect the $1 billion in investment loans announced when Chinese President Xi Jinping visited Harare this month.Advertisement

While admitting that the deal was insignificant compared to the International Monetary Fund’s inclusion of the yuan in its benchmark currency basket, its symbolism remains important to both sides, said Benjamin J. Cohen, an expert in international monetary relations at the University of California, Santa Barbara. Zimbabwe gets debt relief while China gets international financial credibility.
The Chinese are determined to make their currency as prestigious as possible and this is a cheap way for them to be able to claim that their currency is becoming more internationally accepted — it’s now legal tender in another country,” Cohen said.
Adoption by a struggling economy has been a privilege previously reserved for the U.S. dollar, which is officially used by almost a dozen other countries. While the yuan circulates unofficially in some countries that neighbour China, Cohen said Zimbabwe’s official adoption is a major step toward making a claim to be on par with the dollar.
But taking on a foreign currency is much easier than weaning yourself off it, Cohen said, pointing to Greece, which could benefit from being able to devalue its own currency to make their economy more competitive.
Adopting a foreign currency can put a lid on hyperinflation,” he said. “But it’s very difficult to reverse the process.”