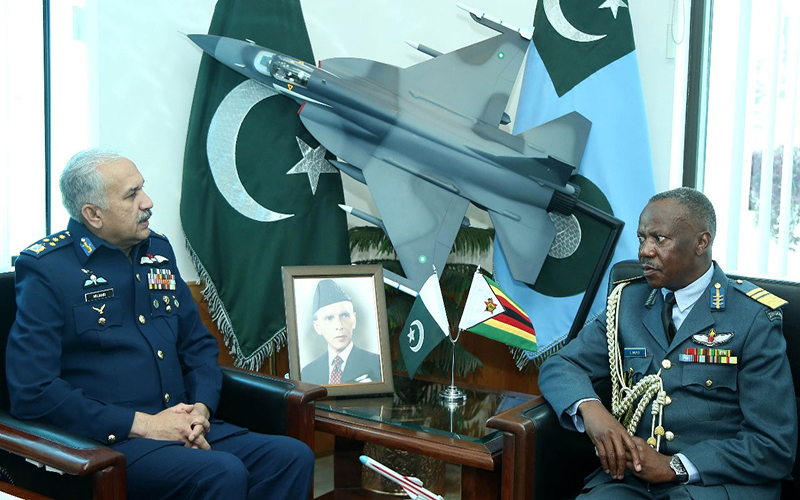 ZIMBABWE’S air force head Air Marshal Elson Moyo was in Pakistan Monday where he held talks with his counterpart on “matters of professional and mutual interest”.

According to Pakistani media, Air Marshal Moyo commended the Pakistan Air Force (PAF) for its role in fighting terrorism.

His visit to Islamabad comes after a claimed bomb attack rocked a rally addressed by President Emmerson Mnangagwa in Bulawayo at the weekend.

Two people have since died after the explosion which left dozens injured.

The government has described the incident as an act of terror.

Meanwhile, upon arrival Islamabad, Air Marshal Moyo was received by the chief of staff with a contingent of the PAF presenting a guard of honour.

He laid floral wreath on the Martyrs’ Monument to pay homage to the PAF personnel who laid down their lives for the defence of the country before being introduced to principal staff officers.

Highlighting the cordial relations between Pakistan and Zimbabwe, the PAF offered “support and cooperation in the field of military training to Air Force of Zimbabwe”.